Fifty years after the March on Washington, the sole surviving speaker from that day is Democratic Rep. John Lewis of Georgia. Lewis is a living symbol of “the Black struggle.” As the struggle continues, Lewis is at once a prominent part of the past, but now, possibly part of Black peoples’ problems. Called “one of the most courageous persons the civil rights movement produced,” Lewis, and his gaggles’ political accomplishments are subject to question.

There’s no progress without struggle, so it’s proper to honor Lewis for his struggle. In his struggle, Lewis has experienced more than 40 arrests, physical attacks and serious injuries. While still a young man, Lewis became chairman of the Student Nonviolent Coordinating Committee. By 1963, he was dubbed one of the “Big Six” leaders of the civil rights movement. At the age of 23, he served as both an architect of and a keynote speaker during the historic 1963 March on Washington.

In 1965, Lewis and Hosea Williams led more than 600 peaceful protestors across the Edmund Pettus Bridge in Selma, Ala., on March 7. They intended to march from Selma to Montgomery to demonstrate the need for voting rights, but were attacked by Alabama state troopers in a brutal confrontation that became known as “Bloody Sunday.”

John Robert Lewis is known by most as an accomplished civil rights leader, but actually, Lewis has spent most of his life as a politician. A former Atlanta Council member, Lewis has spent decades in Congress. The powerful Democrat has served in Congress since 1987. He represents the Fifth District of Georgia, which includes most of Atlanta. This district is nearly 56 percent African American. He’s the dean of the Georgia congressional delegation and serves as senior chief deputy whip.

There’s little evidence that Blacks correlate their voting patterns and economic status. It’s as if they never heard the political term “bring home the bacon.” There’s been little serious thought or discussion among African-American leadership as to “why the failures?” To whom do we attribute our overall lack of “change” over the years? At minimum, longtime politicians and officeholders such as Lewis, the Democratic Party and the roles they’ve played must be scrutinized. Given the economic problems that still beset the Black community, has our historic and overwhelming loyalty to the Democratic Party really paid off? At whose door should Blacks lay blame for their static conditions? Who has been at the helm when African Americans got the worst as the economy declined and the least when it grew?

We are complicit in our own demise. We refuse to hold Lewis, Black elected officials and executives that became post-civil rights movement power brokers accountable. Somehow Black voters can’t see that the blame for our paltry economic status goes to African-American voters who regularly return Black incumbents like Lewis to local and national office. Black Democrats hold 43 of the 50 least competitive seats in the Congress. Lewis holds the country’s “least competitive House district” and hasn’t faced a challenger in decades. Twenty-two members of the Congressional Black Caucus hold “safe” seats similar in profile to Lewis.

Continuing to do what you’ve always done will continue to provide what it always has. To experience a “change” in our status, Blacks must make decisive changes.

William Reed is the President and Chief Executive Officer of Black Press International. He has been a Media Entrepreneur for over two decades. A long-time Washington insider, Reed’s special strengths include: public and community relations; grass-roots organizing; script and speech writing, legislative affairs tracking and research; and access to a network of national and local government, business and organizational policy-makers and public opinion-molders. 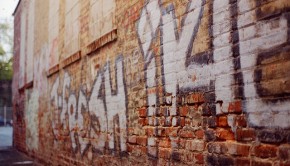 THE AACCNJ HAS NOT FORGOTTEN THE WORK OF THE REV. DR. MARTIN LUTHER KING, JR →