The sequester is but a bump on the road to America’s real ruin. For those who don’t know, the U.S. is no longer “the greatest nation.” Nor does it even make the list of the 10 most prosperous countries in the world.

Whether Black or White, middle to upper class, urban, rural or suburban, most Americans operate under the assumption that the U.S. still ranks as No. 1 in the world.  Yes, the U.S. remains the world’s largest economy, and we have the largest military by far, the most dynamic technology companies and a highly entrepreneurial climate.

However, Blacks who still preen at the thought of Obama being the “commander in chief” are going to have a “rude awakening” when it’s all over. A sobering 2012 index analyzed 142 countries in eight categories: economy, education, entrepreneurship & opportunity, governance, health, personal freedom, safety & security and social capital. The index shows that the U.S. is no longer “the top dog” rather, 12th in prosperity; 3rd in oil production; 7th in literacy; 27th in math; 22nd in science; 49th in life expectancy; 178th in infant mortality; 3rd in median household income; 4th in exports and 39th in income inequality.

The first step in solving any problem is to recognize there is one. As we move toward the future, it’s important that we note that the decisions that created today’s growth – decisions about education, infrastructure and the like – were made decades ago. What we see today is an American economy that has boomed because of policies and developments of the 1950s and ’60s: the interstate-highway system, massive funding for science and technology, a public-education system that was once the envy of the world and generous immigration policies.

The economic bottom is falling out while the Black middle class waddles down “discount aisles at Walmart.” We are the group at the highest risk of economic downturns, but over the past 50 years, Blacks have bought into a mindset of dependency. Ninety-three percent of Black Americans recently voted for a continuation of that dependency on government for handouts from food stamps to welfare. Democratic leadership has caused Blacks to collectively accept the fact that America has become a debtor nation.

Suck it up. Let’s acknowledge that the big government agenda the Democrats have pursued over past years has stunted economic growth and led to staggering levels of wealth decline among Blacks. Cartoon character Pogo provides great insight: “We’ve met the enemy and they is us.” Our plight today is based on our past practices to “go along to get along.”

Much of America’s forward growth depends on the results of the 2014 congressional elections and 2016 presidential campaign. What kind of decisions will the masses of Blacks make about being open to the messages of Republicans?  In his book, America the Beautiful, fiscally and socially conservative figure, Dr. Benjamin Solomon “Ben” Carson, Sr., an African-American neurosurgeon and director of pediatric neurosurgery at Johns Hopkins Hospital, pushed himself into the forefront of the public’s attention. In his book, Carson provides new perspectives on our educational system, capitalism versus socialism and our moral fabric, to which people should be attentive.  America the Beautiful is an incisive manifesto of the values that shaped America’s past and must shape her future, the book calls upon us all to use our God-given talents to lead and improve our lives, communities, nation, and our world.

America can be great again. Good leadership is what we need. All that’s required is leadership that will fight for moral values, stand up for what is right, and strike down the wrong laws for the right reasons. Maybe it’s “mainstream” Blacks have adopted that cause them to accept leadership that has followed the same path of profligate spending and reckless disregard of the long-term economic drain for short-term economic gains.  We have opted for mediocrity and self-indulgence and we have reaped the harvest that we have sown.

We become great again by becoming an informed and educated electorate, making the right decisions to go forward.

ABOUT THE AUTHOR: William Reed is the President and Chief Executive Officer of Black Press International. He has been a Media Entrepreneur for over two decades. A long-time Washington insider, Reed’s special strengths include: public and community relations; grass-roots organizing; script and speech writing, legislative affairs tracking and research; and access to a network of national and local government, business and organizational policy-makers and public opinion-molders.

Shannon Reeves: Why I Am a Black Republican → 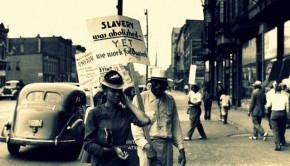 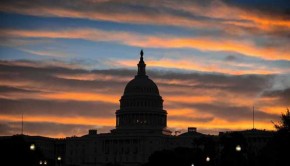