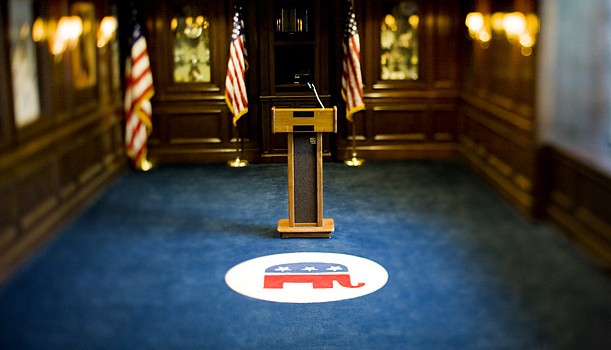 “It is easily seen, that if every member of the race strove to make himself successful in business, he would contribute much toward smoothing the pathway of his own and future generations.” – Booker T. Washington

Isn’t it time Black Americans turned the page on their political preferences?  Republican National Committee chairman Reince Priebus has been holding meetings with designated community leaders to discuss how the GOP can become more appealing to minority voters. The party leader says he’s listening to different perspectives on “how we can build and grow the GOP to win future elections.”  The Republican National Committee (RNC) effort seeks to “review past practices” and “make recommendations” for the future.

To be effective among African Americans, Priebus and Co., need to take public policy positions that have the potential to advance Blacks’ interests.  A suggestion is that Priebus form a task force comprised of Black business people that will mutually help all pursue American capitalism.  It’s worth noting that throughout the history of Blacks and Republicans, at the core has been Blacks’ self-sufficiency interests.  From Reconstruction until the New Deal, Blacks voted “Republican.”

Then and now, Republican values of market economics, strong families, and education have offered Blacks better paths, and more direction, to prosperity.  During times of their engagements, Republicans have provided Blacks successful role models and resources toward their “piece of the pie.” Booker Taliaferro Washington is an example of a Black success story in capitalism, commerce and politics.  During the late 1800s and early 1900s, “Booker T.” was the most celebrated Black of the time.  Washington realized that slavery had taught Blacks many profitable skills and trades. Skills such as carpentry, cooking, farming, and tailoring were seeds for businesses that could be started at home and with little or no capital. Washington operated numerous schools through successful capitalists. Sears Roebuck President Julius Rosenwald helped in the construction and operation of more than 5,000 of Washington’s schools. Washington created the Negro Business League (NBL), with the intent of creating a Black capitalist class. At a conference in 1910, Washington called on NBL members to “teach the masses to get property, be thrifty and economical.”

Blacks have always done well economically with Republicans.  The last time Blacks supported a Republican presidential ticket in any sizable numbers was when they gave Richard Nixon over 30 percent of their vote.  In turn, Nixon made a multitude of Black millionaires through his directive toward establishment of the Office of Minority Business Enterprise. Between 1969 and 1976, 500,000 new Black businesses were established.

Democrats have been running Black communities for the past 50-plus years.  These socialist policies have turned many Black and urban communities into economic and social wastelands.  But, Priebus and Co., have to realize what an uphill climb it is to turn Blacks back to entrepreneurial pursuits and mindsets.  In 2012 just 5 percent of African Americans considered themselves Republicans.  To gain numbers among African Americans, Republicans need to be private sector partners with them to generate economic market share and prosperity. Republicans rolls can go up among the millions of African Americans that endorse and advocate laissez-faire economics, fiscal conservatism, and personal responsibility over welfare program paradigms.

Isn’t it time for Republicans and Blacks to turn the page?  Is it possible that after their disdain and distance from the Mitt Romney campaign, Blacks and Republicans can align toward mutual economic and political clout?  Priebus should establish a task force comprised of Republican-leaning groups such as the NBL, the National Black Chamber of Commerce and the U.S. Chamber of Commerce, Inc., to establish grassroots programs and structures. Such alliances were successful in the past and can repair and bring new successes to Black communities.  To correct “past practices” the Republicans need to instill practices that “go back” to political gains made by Nixon and Booker T.  The RNC will reap growth and national predominance with earnest efforts to tap into Black enclaves.

ABOUT THE AUTHOR: William Reed is the President and Chief Executive Officer of Black Press International. He has been a Media Entrepreneur for over two decades. A long-time Washington insider, Reed’s special strengths include: public and community relations; grass-roots organizing; script and speech writing, legislative affairs tracking and research; and access to a network of national and local government, business and organizational policy-makers and public opinion-molders. 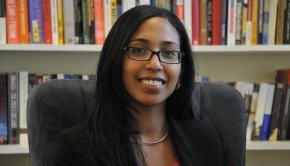 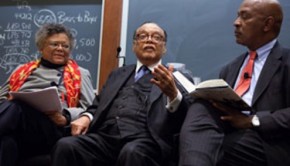