Why We Should Intervene in Syria

America is not an empire. We are not the world’s conscience or her “light on a hill.” We have no absolute duty, morally, practically, or otherwise to act as the world’s policeman. What we are is the only force on the planet, in our time, capable buffering the core of civilization from the dysfunction and chaos that lurks on the margins.

We will intervene to hasten an end to the Syrian civil war not so much because the fighting is cruel or because the Assad regime is using its stocks of chemical weapons. We will not do it because a new regime looks terribly promising. We will do it because we have the ready capability, and because we are not the kind of power that can comfortably sit by while a holocaust emerges on the border of our most strategic alliance.

Our success in wisely exercising this power cannot be taken for granted. We come to this conflict still hung-over from a wild post-9/11 bender of erratic and sometimes lunatic violence. Our two highest profile efforts in “The War on Terror” cost us thousands of lives and trillions of dollars while yielding few practical benefits.

Iraq is a violent semi-functioning state nominally governed by Islamic fundamentalists and beholden to Iran. Afghanistan is a tribal kleptocracy. Its government operates in a few urban areas while the rest of the country continues under the same political arrangements encountered there by Alexander the Great. Both governments are an improvement over what came before, though the path we traveled to get there was unnecessarily costly.

The toll of these marginal successes has obscured the dramatic impact of our more sensible and yet still bold measures. Thanks to less noted efforts, organized global terrorism has virtually disappeared from the political landscape. Terror attacks in the West, including Israel, are now too difficult and expensive to remain a viable political tactic. They still occur, the work of erratic lunatics, but they cannot be organized into a force capable of influencing politics.

The lesson of our interventions over the past decade is that military power can be successful in toppling a government, but it is nearly useless in building a new one. In Syria, for example, the American military can reasonably expect to turn the balance of the war and bring it to a close while suffering few if any casualties. It cannot determine the shape of the political arrangements that subsequently emerge no matter how many troops we send or how long we stay.

From Bosnia to Afghanistan, we have also learned that the longer a civil conflict continues, the more the outcome will be weighted in favor of criminals, despots and religious extremists. Intervention to speed the replacement of a doomed dictator is therefore useful not because it can turn a Libya into a Denmark, but because it will limit the subsequent influence of forces who will otherwise threaten order for decades to come.

Iran and Russia have no capacity to either stop us or to inflict any meaningful consequences. They will threaten, bluster and ultimately yield because they have no cards to play.

Syria is not Rwanda. It is on NATO’s border. It is enormously significant to American security. A prolonged conflict there is dangerous to Turkey and to Europe. The conflict in Syria cannot be contained if it is allowed to continue.  No matter how uncomfortable we feel now about intervening, we will almost certainly be the force that brings that conflict to an end, whether sooner or later.

It is an illusion to imagine that we are deciding whether to intervene to in Syria. The Obama Administration is in reality deciding when and under what circumstances we will end the conflict there. The longer we wait, the worse the outcome will be.

It is good that the public is nervous about this intervention. Our unease suggests a welcome return to post-9/11 sobriety. We should be cautious, but not paralyzed.

Will the new regime in Syria be worse than Assad? Probably not, but we cannot dictate that outcome. What is definitely worse than either the Assad regime or the regime that might follow is an extended period of ethnic and religious slaughter on NATO’s southern border and Israel’s northern border. The longer the conflict continues, the greater the odds that a new regime will be just as dangerous as the old one.

We have no duty to end the conflict in Syria. For that matter, we don’t have to pay our debts, improve our schools, rebuild our infrastructure, or live up to any of the other responsibilities that come with being the world’s premier global power. We can choose to be something other than a leader and live with the consequences, but we probably won’t rest comfortably on the bed we find we’ve made for ourselves.

Our intervention in Syria will likely be messy. Since it took us so long to get involved, the government that replaces Assad will almost certainly be weak and heavily influenced by religious militants. Speeding the end of this war will help Syrians launch the even more perilous struggle that follows, the effort to build a reasonably humane government capable of survival in a region with no history of representative democracy. There is little we can do to help with that process, but we should do what we can now. 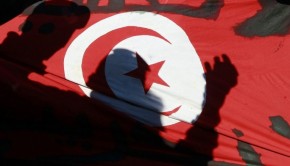 The Children of Hannibal →