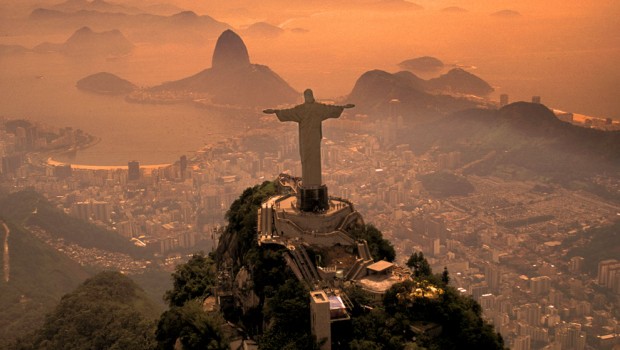 Jose Fulgencio: Why the U.S. Needs Latin Americas Trade not just its Drugs and Beauty Queens

During the final 2012 presidential debate (October 22, 2012) Governor Mitt Romney and President Obama were going left and right on foreign policy issues that related to Libya, the War on Iraq, the troops pulling out from Afghanistan to even mentioning their love for teachers. Regardless of whether the candidates, for the 2012 Presidential Election, were bringing in new ideas or just taking advantage of attacking one another face to face President Obama made no mention of Latin America but Governor Mitt Romney did.

The U.S., for decades, followed the Monroe Doctrine with relations to economics and foreign policy with Latin America. There has been change since the establishment of the Monroe Doctrine over the past century because of the current globalization of markets and free trade agreements that have opened the markets of Latin America to the rest of world. Apart from exporting illegal narcotics in the streets of the U.S. and beauty queens in the Miss Universe Pageants Latin America is a gold mine with resources (e.g. food & oil) and it is also the biggest trading partner of the U.S. Yet, it is hardly mentioned in the news, political talks or even during the presidential debates.

The only light of day that Latin America gets is when a beauty queen from a Latin American country like Venezuela or Puerto Rico win the Miss Universe Pageant, “undocumented” individuals from Mexico taking jobs away from Americans or botched operations like Operation Fast & Furious. Yet, Latin American accounts for the largest and fastest growing U.S. regional trade partner according to a report by the Congressional Research Council (CSR) in 2011.

The CSR reports that the U.S. – Latin America trade is the fastest growing with total merchandise trade growing significantly at 82% compared to 72% with Asia. Mexico itself is the largest trading partner with the U.S at 11.7% of total U.S. merchandises trade. A research study from the Council on Foreign Affairs in 2008 (CFA) stated that from 1996 to 2006, total U.S. merchandise trade with Latin America grew 139% in comparison to 95% with the European Union and 96% with Asia.

Trade agreements such as the Caribbean Basin Initiative of 1983, the Andean Trade Preference Act of 1991, North American Free Trade Agreement in 1993 (NAFTA), the Dominican Republic-Central American –US Trade Agreement (CAFTA-DR) of 2007 and most recently the Free Trade Agreements with Colombia and Panama (signed but not yet implemented) has been a beneficial role to the growing trade of U.S. and Latin American countries.

There is room for improvement and much more trade, especially in South America with Venezuela, Argentina and Brazil. Trade with Brazil, Argentina and Venezuela has not been fully accomplished. Although there were bumps on the road with putting Latin America in the backburner after September 11 it is now time that the U.S. continue to open dialogue with Latin America for more economical benefits with trade of goods and services.

President Obama must remember that there must be open talks with Latin American countries, continue the strong trade of goods & services and to promote trade with Brazil these next four years. Only time will tell if trade with these Latin American countries will better themselves with a free trade agreement. The U.S. must start to give more recognition to Latin America for its trades of goods, not it’s “undocumented” worker issues, illegal narcotics shipment or Latin Beauties winning the Miss. Universe pageants. Trade between U.S. and Latin America must be a priority for President Obama.

About the Author: Jose Fulgencio is currently a Lecturer in the Political Science Department at Oklahoma State University, a graduate student finishing up my M.S. in Entrepreneurship (May 2013) and in the process of launching my third business venture (details to come at a later date) with the guidance of the School of Entrepreneurship faculty at Oklahoma State University.  Follow Mr. Fulgencio on Twitter @josefulgencio51