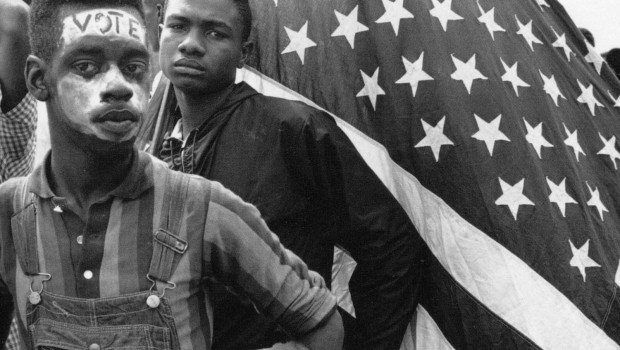 It’s easy to forget now, but just a few generations ago African-Americans overwhelmingly identified themselves as Republicans. The story of how the Party of Lincoln lost its black support is long and sad, but understanding what happened is critical as the Party looks to improve its standing in the black community.

In the fall of 1895 Atlanta put on one in a series of “International Expositions” designed to highlight its progress in recovering from the war. Racial tensions had been growing since southerners, at the end of Reconstruction, began instituting Jim Crow laws to curtail black civil rights. Those laws were still under challenge at the time. African-Americans were divided over the merits of direct, legal resistance.

The organizers of the Exposition invited prominent black leader Booker T. Washington to give a keynote address. The position he took in that speech was a calculated gamble. He aimed to improve blacks’ social position by aggressively pursuing economic progress while de-emphasizing the battle for civil equality. The approach he outlined, The Atlanta Compromise, became the dominant black political ethos for generations. It was a dizzying failure with consequences we are still working to unwind.

Washington had a rival. W.E.B. DuBois was raised in the north and graduated from Harvard. He pressed to make the fight for political equality the community’s highest priority and dismissed Washington’s emphasis on economic development and Capitalism. DuBois founded the NAACP and became a leading figure in the northern cities. He was enamored with Marxism and even penned a defense of Josef Stalin on Stalin’s death. His influence would increase as Washington’s version of compromise began to unravel.

Washington’s approach suffered from two crucial flaws. First he thought that institutional southern racism would weaken as the black community began to realize its economic potential. Secondly, he failed to appreciate that capitalism cannot work its magic without government protection of basic property rights. In the face of these tragic misunderstandings, blacks labored away for decades building remarkably successful businesses, professions, and civic institutions, only to watch them crushed over and over again by discriminatory laws and outright violence. There was no hope for economic progress without the most basic civil rights.

A wave of race riots in the teens and ’20s were particularly devastating. Only a fraction of the incidents were documented at the time, usually in the form of a brief, euphemistic reference in a local paper to “troubles.” But postcards (that’s right, postcards), stories, and victim accounts painted a clearer picture. Two of the most notorious riots occurred in Rosewood, Florida and Tulsa, Oklahoma. Prosperous black communities were in many cases wiped off the map, destroying generations of hard-won gains. When the Depression came, the brief flowering of the separate black communities was effectively dead.

By the ’50s, as America was bracing finally to confront its racist legacy, the gritty capitalism Washington had promoted was seen by blacks as a discredited failure at best, an “Uncle Tom” sell-out at worst. As Dr. King’s effort’s bore fruit and African-Americans began at last to have genuine economic freedom finally open to them, there was little enthusiasm to exploit it. Blacks who had led the successful fight for equal protection focused their continuing efforts less on free enterprise than on government social programs and poverty relief. At the moment when Booker T. Washington’s dream of individualism and enterprise held the most potential promise it was eclipsed by a very different vision.

This emphasis created an opening for Democrats which they successfully exploited. The drift of blacks away from the Republican Party was capped by a cynical effort to recruit disgruntled racist Democrats in the south.

What does this mean for Republicans? In spite of the failures of the Great Society era and with little help from Republicans, there is a vibrant, secure black middle class emerging for the first time in America. The growth of black prosperity will be a key to the country’s future, but it depends heavily on leaving behind a vision of government dependence with deep, well-justified roots.

We need to recognize this history to understand its impact on our future. Until a generation ago, accumulating capital across generations, so critical to climbing the ladder in America, was a complete fantasy for African-Americans in the south. They could reasonably expect that whatever wasn’t spent or hidden would be taken from them. This reality has left the black community with a starting point in terms of wealth, capital, and connections far behind whites or even other minorities.

In addition it would serve Republicans well to understand the difference between traditional black and white understandings of government power. For whites who look to European history as their guide, government is a necessary evil to be treated with great care. Its growth should be managed in order to prevent it becoming an interest to itself; capable of crushing personal liberty and economic freedom.

Blacks’ experience with government power is almost a polar opposite of whites’. When central government has been weak, they have suffered. This suffering is not merely relative, but has left them vulnerable to random acts of violence, humiliation, and looting. They have good reason to see government power as protection and to be suspicious of white efforts to weaken it.

A healthy Republican Party, with its crazy-dial turned down from the redline, could have a lot to offer African-Americans. But realizing the potential for black involvement in the Party will require us to better understand and honestly confront our own history. The GOP cannot hope to remain relevant if it devolves into a white religious club. Expanding our appeal is a moral and political imperative that can succeed if we have the will.

5 Responses to When Black Meant Republican