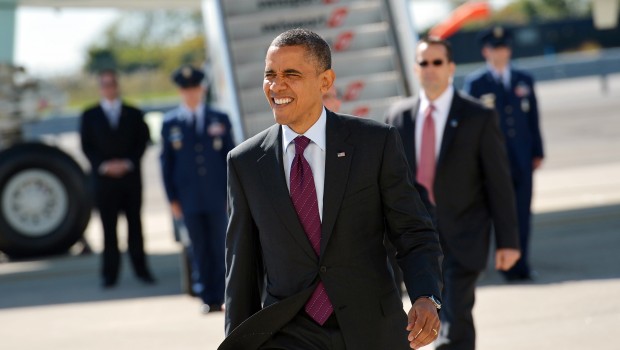 Born under a cloud of controversy in the midst of the “Great Recession”, the Patient Protection and Affordable Care Act, referred to as “Obamacare”, has been as polarizing as any legislation in recent memory. Many Democrats say that the Republican distain for this legislation is born out of hate or lack of compassion. This could not be further from the truth, as all Americans care for the well-being of their fellow man. Unfortunately, what many Democrats see as opposition to this legislation is the result of the deep fissures that were created in the way this bill was passed, as well as unforeseen economic ramifications.

The Universal Declaration of Human Rights, not the Constitution, is the inspirational document of Obamacare. From it, Obamacare established that “Health care is a public good, not a commodity. The U.S. health care system must fulfill these principles:

Thus, Obamacare is tasked with the noble goal of decreasing the number of uninsured Americans, while at the same time reducing the overall costs of health care. This should be done fairly; therefore it provides a number of mechanisms – mandates, subsidies, and tax credits – to promote compliance amongst employers and individuals. Finally, its governance and enforcement is implemented at the federal rather than at the state level.

With such a positive mission, why is it that Obamacare has cast a brooding shadow over America ever since its inception? Honestly, it all comes down to politics and in this case, rightly so.

If you recall, back in 2009 the U.S. was reeling in the aftermath of the worst financial collapse since the Great Depression. The overall economic backdrop was bleak to say the least. Unemployment was near double-digits, with even more labor participants settling for vastly lower paying jobs or leaving the workforce altogether. Home values were continuously freefalling and manufacturing was at a standstill.

One would assume that given this backdrop, government would be offering up a combination of cooperation towards economic stimulus and less intrusive regulations, thus allowing for the economy to regain its footing in a favorable environment.

Herein lays the root of the issue. Blessed by a “super-majority” of Democrats in the House of Representatives and Senate thanks to the 2008 elections, President Obama chose to focus on promoting a political agenda rather than aide a stagnant economy.

In addition, considering the scope and magnitude of the legislation that became Obamacare, one would also assume that it would be pursued in a bipartisan manner regardless of the economic backdrop. A meaningful debate over the federal government’s role in mandating healthcare sounds appropriate, prudent and constructive. This is especially the case since the precedent had been set with the Massachusetts Healthcare Reform Law for this style of healthcare to be pursued on the state level.

Unfortunately, in both the case of economic best interest and political discourse, the Obama Administration and Congressional Democrats chose to go it alone. In doing so, they took their focus away from naturally aiding economic recovery, while at the same time polarizing their relationship with Republicans. The aftermath of both these outcomes are still being felt nearly three years after the fact in today’s heated political rhetoric.

The economy has been unhealthy for a while now. There are arguments both for and against the current state of the U.S.’s economic health; however the reality is that policy has had an adverse effect on recovery and sustainability.

The “Great Recession” offers history another proof of Newton’s 3rd Law: for every action, there is an equal and opposite reaction. The severity of the recession and the intrinsic causes of the financial collapse provoked an emotionally unstable and short-sighted policy reaction.

Through a coupling of misguided Keynesian meddling and a focus on healthcare when the economy could barely sustain itself, the U.S. is facing a landscape of policy barriers for growth and sustainability.

By definition, economics is the study of how the forces of supply and demand allocate scarce resources. What the two major legislative victories of President Obama’s “super majority” years – Dodd-Frank and Obamacare – have done is limit the availability of resources, in this case capital, while creating instability.

Staying with Obamacare, there are many unforeseen issues that are starting to become evident. This is not surprising considering Nancy Pelosi’s famously dubious statement, “We have to pass the bill so that you can find out what is in it.” This statement alone indicates the haste in which this Act was passed.

From a purely economic viewpoint, Obamacare makes employers look at their workforce as commodities rather than humans. “Under Obamacare, companies don’t have to insure or pay fines for not insuring employees who work less than 30 hours a week. So it’s no surprise many companies are going to make sure their part-time workers, and some current full-time workers, stay below the 30-hour limit. That will mean less work and less pay for those employees” (York, 2012).

This sounds like an abhorrent way to approach business and human capital management. Yet the reality is that due to scarce resources, business owners need to make a very real decision: either insure and close the doors, face the Obamacare penalty tax and close the doors, or reduce employees hours below the set mandate and stay in business.

Thus, newspapers are filled with countless stories of local employers reducing their workers’ hours to 29 or fewer per week. Considering this component of Obamacare is only now being phased in, expect to see more and more reports of this new reality and its greater impact. This will directly cause a reduction in median-income, which will impact spending and the overall economy.

Obamacare is here to stay. It will also be advantageous for some segments of society that did not have coverage previously. Yet the structural issues that it has created indicate the short-sighted, partisan manner in which Obamacare was written and passed into law. With that being said, Democrats would be best served to attempt to mend the wounds created by the partisan implementation of the two highly-publicized, yet poorly executed policy measures of President Obama’s first term.

Republicans see the effects of the limiting mechanisms in Obamacare and have dug in their heels on other issues that would limit economic growth, most recently the Fiscal Cliff tax increases. Considering the economic impact of Obamacare and Dodd-Frank, Republicans are justified in being stubborn against crafting future legislation and regulations that may further limit capital’s flow into the economy. The effect of too much regulation is stunted economic capabilities, thus balancing out these regulations must be front-of-mind in policy decisions involving the economy moving forward.

AmnestyUSA (2012). Health Care in the US. Amnesty International. Retrieved from http://www.amnestyusa.org/our-work/issues/poverty-and-human-rights/health-care-in-the-us

York, Byron (2012, Dec 20). Get ready for the cost and chaos of Obamacare. Lubbock Avalanche-Journal. Retrieved from http://lubbockonline.com/editorial-columnists/2012-12-20/york-get-ready-costs-and-chaos-obamacare

ABOUT THE AUTHOR: Erol Senel started out as a student of history but has been plying his trade in the world of finance and personal investing. Through this real world experience, he has found his true professional passion in economics and financial history. His mission is to provide readers with easy to understand, topical and informative articles with the hope of allowing many to make more informed decisions while partaking in civics and life.  @senelslant 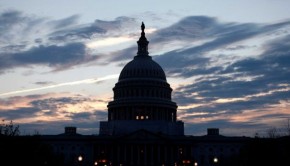 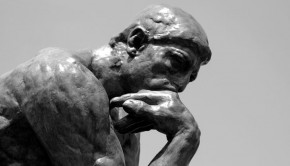 Can We Still Solve Problems? →