This coming Wednesday in New Jersey, either Newark Mayor Cory Booker (D) or former Bogota Mayor Steve Lonegan (R) will win the special New Jersey U.S. Senate Election set in motion by our Governor Chris Christie.  Even before these two candidates (and Mayors) became the Democratic and Republican Parties’ candidates respectively, this Special Election was fraught with controversy.  The fact that both Steve Lonegan (the Republican) and Cory Booker (the Democrat) have each been the subjects of independent documentary feature films… makes this Special Election even more special.  No matter the results this week, both these films are worth a look and your time.

Please indulge this me as I share my connections and remembrances to both ANYTOWN, USA which focuses on Mayor Lonegan and STREET FIGHT which focuses on Mayor Booker.  Both films capture these hard-charging men in their elements and show early on that they would become forces to be reckoned with on the national level. 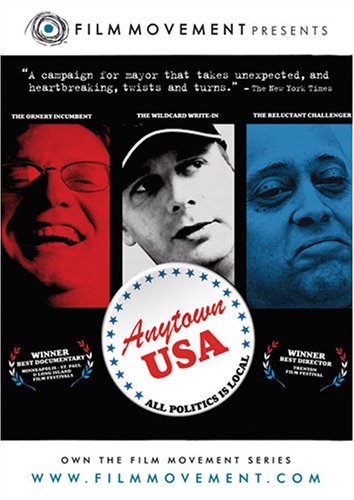 In the 2000s, I was honored to serve as the Artistic and Founding Director of the Trenton Film Festival in my hometown of Trenton, New Jersey.  In our second year, we selected and screened a film for Competition called ANYTOWN, USA (2005) which examined a Mayoral election in the small town of Bogota, NJ.  The current Republican Senatorial Candidate Steve Lonegan was running for reelection as Mayor of Bogota in that great, little documentary film.  To say the least, ANYTOWN, USA (directed by Kristian Fraga) is a fun-filled, intriguing independent film that never got a chance to find a much wider audience.  Hopefully, this current Senate campaign is helping to correct that tragedy of film-watching.  Just in case, Kristian Fraga won Best Director at the Trenton Film Festival for his great work in ANYTOWN, USA.

The film’s “star,” Steve Lonegan (then the re-elected Mayor of Bogota), brought his tough-talking, humorous self to our film festival for the post-film Q&A and then when that was over… invited the audience outside to the hospitality tent for an hour more of questions.  It was a special moment for the three hundred plus audience members and was one that helped establish our regional festival as a good one for northeastern U.S. film-lovers.  Our ANYTOWN, USA Screening and Q&A also showed us the power of non-biased political documentary films to engage large audiences and create buzz.  We would carry this lesson forward in coming years. 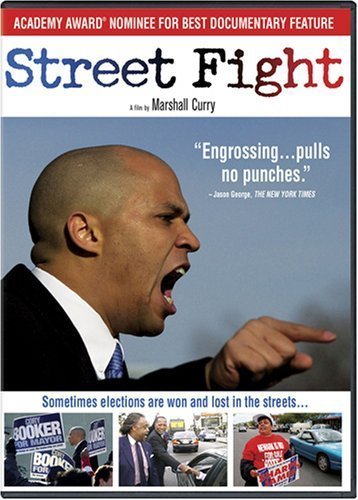 At the next year’s Trenton Film Festival (2006), we booked another very special film called STREET FIGHT (2005) which looked at the tough 2002 Mayoral Election between then-Newark Mayor Sharpe James and an up-and-coming City Councilman named Cory Booker.  STREET FIGHT was our prestigious Closing Film that year. Film festivals want great closing films that will stay with their audience members for a long time and STREET FIGHT delivered.  Having seen the film a year earlier at the 2005 SilverDocs Film Festival in Silver Spring, Maryland… I knew that the film would go over well in our urban city of Trenton.  Given that our own city was having its Mayoral Election in a few weeks, we were fortunate enough to have STREET FIGHT’s affable Director, Marshall Curry, attend our post-film Q&A.  Needless to say, many of the audience members could relate to many of the outlandish activities and abuses of power shown in Marshall’s film.  Needless to say, the film opened a lot of people’s eyes on just how Democrats take their votes for granted and gave tractor-trailer size hints on why Republicans are missing opportunities in Urban areas.

STREET FIGHT was nominated for an Academy Award that year but sadly lost to the cute juggernaut, MARCH OF THE PENGUINS. Admittedly as a fellow filmmaker, I hold STREET FIGHT close to my heart as I know what Marshall Curry went through making a film with just himself holding a camera.  In one scene, Marshall is nearly arrested by the Newark Police Department for simply shooting footage of the incumbent Mayor’s campaign rally.  It is chilling to say the least and a lesson for any citizen journalist or documentarian. Some of the scenes Marshall Curry captures are quite harrowing and may make more than a few viewers question how our political system can even function in some American cities.  Don’t worry though, there are plenty of lighter and inspirational moments in STREET FIGHT to keep even the most jaded of us glued to the screen.

Both ANYTOWN, USA and STREET FIGHT are available on DVD and VOD on-line and are well-worth your time, whether or not you live in New Jersey or are interested in politics.  These two film are two excellent examples of independent films (and filmmakers) telling a story from the heart as well as the head. Please check them both out in the coming days. You won’t be disappointed.

This article originally appeared on The Williams View

Villaraigosa’s last days: A grand exit for a mediocre mayor → 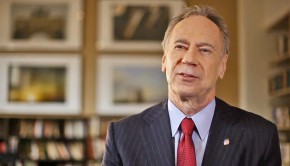