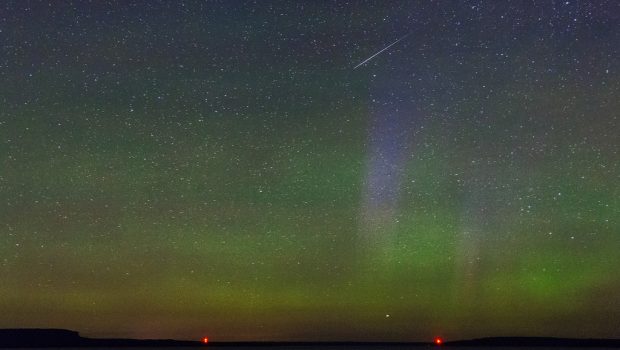 Gideon Rose wrote an impassioned, yet wrongheaded, defense of President Barack Obama’s foreign policy, arguing that his policies keep America, and the world, on a positive track.

“The key to Obama’s success has been his grasp of the big picture: his appreciation of the liberal international order that the United States has nurtured over the last seven decades, together with his recognition that the core of that order needed to be salvaged by pulling back from misguided adventures and feuds in the global periphery.”

Rose, then proceeds to absolve Obama’s failures by relegating them to “feuds in the global periphery,” while elevating Obama’s obscure successes to the pinnacle of foreign policy genius–all in the name of maintaining the liberal international order.

As problematic as Rose’s evaluation is, his argument continues to fail on its own merit, especially in light of our changed approaches to rogue and dictatorial regimes. The liberal international order that the United States created after World War 2, enticed illiberal states to change their ways in order to enjoy the spoils of cooperation. Participation in the World Trade Organization, International Monetary Fund, G20, and other intergovernmental organizations required member states to pursue liberal institutions that secure peace. Free press, free elections, representative governments and open societies make for peaceful, predictable partnerships–the kinds of partnerships that have led to the relative peace of the post World War 2 era, and the worldwide rise in economic prosperity. Failure to insist upon the adoption of liberal institutions rewards despotism, and can even enrich tyrants.

Yet, that’s exactly what Obama’s foreign policy has done.

In 2008, Senator John McCain criticized Obama’s desire to legitimize rogue states by opening diplomatic ties with them. Obama called McCain’s charge an appeal to the politics of fear. He went further, saying, “we need to…use all elements of American power – including tough, principled, and direct diplomacy — to pressure countries like Iran and Syria.” This rejoinder sounds consistent with what Rose, and others concerned with preserving the liberal international order, would welcome. However, even if Rose considers the Iran Nuclear Deal, the normalization of relations with communist Cuba, and the lifting of the weapons embargo with communist Vietnam, peripheral items, these Obama policies do not support the liberal international order. They do, in fact, quite the opposite.

Rose argues, for example, that Obama exercised sound judgement by responding tepidly to Russia’s annexation of the Crimean Peninsula in 2013, in part, because Ukraine (not a NATO member) didn’t deserve our protection.

“This policy seems eminently sensible,” Rose writes. “NATO members have an ironclad security guarantee of American protection, which Washington will unquestionably enforce if necessary…Ukraine will probably join the liberal order eventually, when circumstances permit. But it is not the United States’ job to fight to bring it in before then.”

Contrast this with our new stance with Vietnam. Vietnam persists as a communist nation, replete with political prisoners and basic injustices. Hours before Obama landed in Hanoi, the Vietnamese people held an election in which more than 98% of Vietnamese citizens voted to legitimate the illegitimate and oppressive regime. Still, Obama strengthened this regime–promising to sell it F-16s, drones, surveillance equipment and electronic warfare capabilities so that “Vietnam [can] fully link its kill chain between ‘see-ers’ and ‘shooters.’”

If this effort were meant to “pressure” Vietnam into liberalizing, then Obama would be serving the liberal international order. However, as Politico’s Edward-Isaac Dovere notes, “neither the Americans or [sic] the Vietnamese spent any time pretending the change had anything to do with actual democratic reform. Obama didn’t make a show of calling for it. President Tran Dai Quang didn’t make a show of pretending he was for it. They both knew it would have been a joke.”

What incentivizes nations to pursue liberalism–often reducing the power of the ruling class–when the benefits of the liberal global order fall upon illiberal states as well? Doesn’t Obama’s approach to these hostile states undermine the liberal international order? Or do a stronger Iran, Cuba, and Vietnam exist only in the periphery?