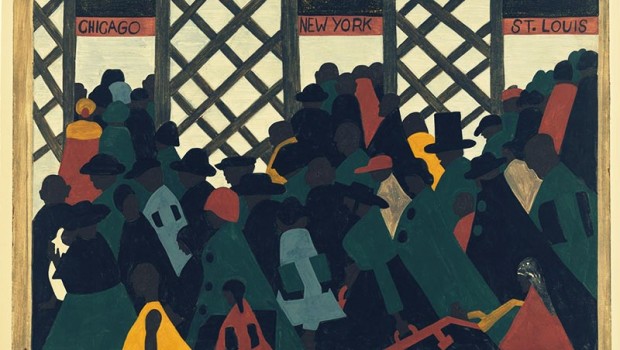 Democrats, nationwide, face a vexing refugee crisis of their own making: Hundreds of thousands of people have picked up their lives to rescue their families from devastation wrought by liberal incompetence and naive policies. These refugees, numbering nearly 1,000 per day, simply seek a better life, even if that means contending with culture shock and a change of climate. However sympathetic to the refugees’ plight, the people tasked with accepting them fear that the newcomers will bring along a dangerous worldview that can turn their newfound garden spots into the dysfunctional locales they left behind. As observers sift through the data to learn as much as possible about these refugees, one point remains clear, virtually all of them are Americans.

“The new Census data…in 2014 shows that the top seven states with the biggest percentage increase in in-migration from other states are in order: North Dakota, Nevada, South Carolina, Colorado, Florida, Arizona, and Texas. All of these states are red, except Colorado, which is purple. Meanwhile the leading exodus states of the continental states in percentage terms were: Alaska, New York, Illinois, Connecticut, New Mexico, New Jersey, and Kansas. All of these states are blue, except Alaska and Kansas.”

The first, most obvious, question is why.

In a summer debate with Moore, New York Times columnist and Nobel Prize winning economist, Paul Krugman, argued that weather caused the migrations. “Air conditioning,” Krugman said, “has made the South more liveable.” While that may play some role in the migrants’ calculus, that explanation fails to justify why Americans jettison New Mexico for North Dakota. Furthermore, Moore notes that California, known for its beautiful weather (droughts notwithstanding), lost more than a million more people than it gained over the last decade.

Moore accredits this phenomenon to liberal policies, like pro-union legislation and green energy myopism, noting that Right to Work laws and the exploitation of oil shale mining act as magnets for people, industry, jobs, and opportunity.

Nowhere can Moore’s point be more evident than in our home state of Illinois. Illinois Policy Institute’s Vice President of Policy, Michael Lucci, explains that Illinois lags behind every state in the region in job growth, in large part, because it is surrounded by Right to Work states. And while the Land of Lincoln greatly underperforms her neighbors in job growth, she surpasses them in adding citizens to food-stamp rolls.

“During the recovery from the Great Recession, the Land of Lincoln, alone in the Midwest, had more people enter the food-stamps program than start jobs. Food-stamps growth in Illinois has outpaced jobs creation by a 5-4 margin. In fact…Illinois put more people on food stamps than every other Midwestern state combined.”

Increasing the number of Americans living in red states may appear to favor conservatives, as population boosts equal increases in the number of U.S. House seats and electoral college votes. In fact; Reid Wilson, writing for The Washington Post; argues that the 2016 electoral college map will favor Republicans precisely because of these migrations.

“Blue states would lose a net of four electoral votes, and red states would gain a net of two…the equivalent of flipping a state the size of Iowa from the blue column to the red column,” Wilson writes.

Unfortunately, though, Republicans may not enjoy such luck. Just as Moore indicates, by noting Colorado’s “purple state” status, the sad truth is that too many blue state refugees bring their blue state politics with them to their new homes. NPR’s Alan Greenblatt explains,

“Lots of Californians have moved to Denver and its environs, bringing a progressive strain of politics with them and angering more conservative parts of the state…Conservatives have discovered that living on the far side of the Rockies is no longer far enough to get away from the influence of West Coast liberals.”

Even worse, Colorado is not the only Republican state suffering from the political ideologies of the Left’s “huddled masses.” Greenblatt notes that Nevada, Idaho, and Utah are also transitioning, while other red states “enjoy” more liberal enclaves than in years past.

The remedy for conservatives wanting to combat these trends remains unclear. By staying in red states and fighting off the refugees’ influence, the state remains an attractive magnet for an even greater influx of liberal immigrants. By leaving red states and going to abandoned blue states, like Michigan and many in the Northeast corridor, red states flip quicker to blue as liberals drive conservatives out.

In an ideal country, liberals would own up to their deficiencies. They would abandon fallacious policies; like arbitrary minimum wage hikes, and aversion to nuclear power and hydraulic fracturing. Liberals would understand that unions have a place, but they also have costs and limitations. In an ideal country; liberals would be cured of their obsession with expensive, high-speed rail fantasies; and massive, duplicative, food-stamps programs.

In an ideal country, liberals would be conservative.

One Response to Joseph Hunter: The Democrats’ Refugee Crisis