The Case Against Bill de Blasio

Mayoral hopeful Bill de Blasio has made “the crisis of income inequality” in  New York a major theme of his campaign, arguing that “it must be at the very  center of our vision for the next four years.” But the city’s inequality is more  a sign of its success than a crisis, and, no matter how much you hope for  greater equality world-wide, it is hard to imagine a successful city-level  welfare state.

New York’s inequality is extreme. Manhattan is the most unequal big county  in the U.S., and the New York area is the country’s seventh most unequal  metropolitan area. The Bronx and Brooklyn are more unequal than 90% of America’s  more than 3,000 counties.

But this extreme inequality reflects other extraordinary aspects of New  York: the massive global financial markets based here, America’s most accessible  public transit system, hyper-dense immigrant communities and broad social  services, like public housing. These forces attract both rich and poor to New  York, and New York should not be ashamed of that economic diversity. 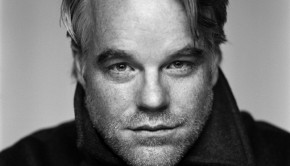 Bloombergism – Looking back on a mayoralty of accomplishment, overreach, and ambiguity →