The Art of the Pointless

Joseph Hunter is the sole writer and editor at Black and Red. He writes primarily about American domestic politics, American foreign policy, and political philosophy.

Is politics still the “art of the possible?”

In America, today, it appears as if politics has become the art of the pointless. Congress finally passed a repeal of the Affordable Care Act, along with a defunding of Planned Parenthood, and sent it to President Barack Obama–for veto. None of the lawmakers who supported the bill thought the president would sign it, but Republican constituents would have still demanded it be done. John Boehner’s House of Representatives passed an ACA repeal about 40 times, knowing the Senate would never bring the bill to a vote.

Donald Trump sits atop the Republican polls, a seemingly unstoppable force–at least until actual votes are cast. His plan to fix the immigration crisis consists of building a giant wall along our Southern border and “making Mexico pay for it.” The wall will cost upwards of $20B, face eminent domain challenges across multiple states, and will do nothing to staunch the sizeable minority of immigrants who fly into America and overstay their VISAs. In short, it’ll never happen.

No matter. Mr. Trump’s supporters also like his policy proposal to curb domestic terror attacks by restricting immigrants and visitors who confess to being Muslim. If you ignore that a cunning jihadist can lie about his religious orientation and gain access into his target, the idea is almost plausible. Except that such a policy would run so far afoul of the law that crafting the language of the legislation would be an exercise in futility.

Luckily, then, there’s Ted Cruz–the Senator from Texas who led a government shutdown that did not (because it could not) achieve the goal he intended. Then again, Cruz’ goal may have been to raise money for himself, in which case, the government shutdown worked perfectly. In the last debate, Mr. Cruz ended a sharp spat with Marco Rubio by saying that he would not support a path to legal status for the tens of millions of undocumented workers already living in the United States. Refusing such a path means either accepting the status quo, a broken immigration system, or deporting each of the illegal immigrants.

Deporting 12 million illegal immigrants would cost somewhere between $166B and $285B. These figures neglect the less tangible costs of businesses closing, industries taking a serious hit, and the bad press we would receive as we broke up families to send more than 32,000 people out of the country every day. Imagine how the photographs from the largest forced migration from America will adorn future liberal history textbooks.

It will never happen, though. That won’t stop Cruz from suckering people into believing in impossibilities to his self-serving ends.

Before concluding that futility politics exists solely on the right, turn your attention to President Obama’s executive orders on firearms. Look, too, to his “common sense” policy prescriptions–none of which would have done a thing to stop any of the recent mass shootings or curb gun deaths, as most are the result of suicides. Still, though, gun control measures soothe Democrats’ consciences.

Both Democrat Presidential candidates, Hillary Clinton and Bernie Sanders, propose to make college tuition free, at least for students attending state schools. The cost of such a plan begins at more than $70B annually. This wouldn’t be a good investment even if it weren’t paying to send people to college who can already afford to go by their own means.

Combine this idea with Sanders’ plan for universal health insurance (Medicare expansion), his federal jobs programs for disadvantaged youth, his $1T infrastructure policy, and his expansion of Social Security benefits, and the likelihood of any of these plans coming to fruition matches that of Ammon Bundy’s standoff ending in his victory.

If American voters are so frustrated with politicians, why do we settle for and insist upon feel-good, doomed-to-fail, kamikaze, gestural politics? There ought to be a law… 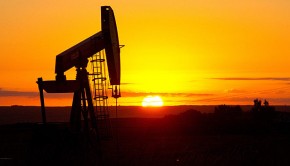