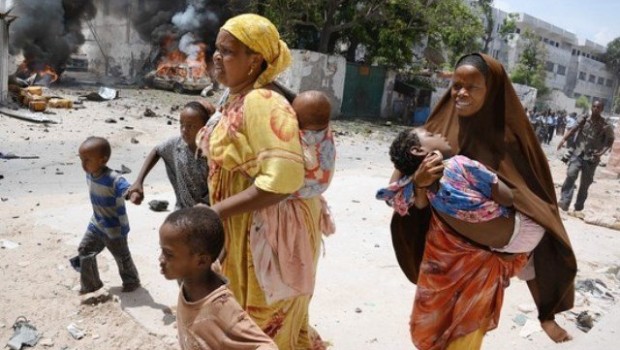 Somalia’s IMF recognition and terrorist attack: The cost of peace

NEW YORK, April 16, 2013  —  The International Monetary Fund (IMF) recognition of Somalia on Friday after a 22 year break is a major milestone, but the terrorist attack on the county’s Supreme Court complex Sunday is a reminder that tangible assistance is needed to have lasting peace.

Nine men, a team of suicide bombers and shooters, killed at least 35 people and wounded 60 others on Sunday in Mogadishu, Somalia’s capital.  Al-Shabaab, the local al-Qaeda-linked militant group, claimed responsibility for the violence. This incident is viewed as the worse assault since 2011 when al-Shabaab was driven out of Mogadishu. All nine attackers are reported dead, but this will not be end of Al-Shabaab’s assaults.