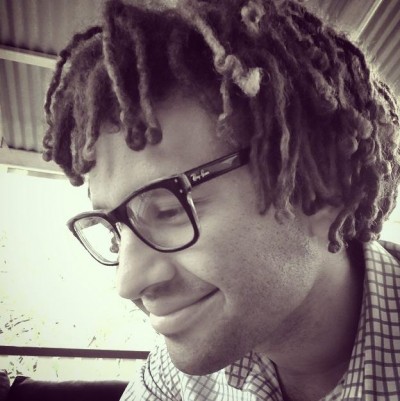 A story I’ve always been fascinated about is New York City’s crime turnaround. In the early 1990s the city had over 2000 murders a year. In 1997, it dropped to less than 800. Other crimes throughout this period, from public vagrancy to assaults, descended to record lows. New York, from its globally notorious reputation as a violent and dangerous place, emerged to become the ‘safest city in America.’

‘No police department in the country has come close to achieving what the NYPD has,’ reflects the policy analyst Heather Mac Donald. ‘Today, 10,000 minority males are alive who would have been killed by now had New York’s homicide rate remained at its early-1990s levels.’ This is clearly an astonishing achievement.

But there are lessons here not just for crime fighting. To complete its turnaround, for example, the police had to apply discipline, be realistic about what they could and couldn’t do, undertake constant self-assessment and pay attention to the small things. Applying the same strategies in your personal or professional life will also take you far.

First, in terms of applying discipline, the NYPD had to get serious about dealing with the public effects of poor private choices. The late seventies, Bratton writes, ‘was an anything goes era. Marijuana and hallucinogen use was widespread. Under the banner of freedom of expression, society was becoming increasingly tolerant of aberrant behaviour becoming so commonplace that society excused it.’

Citizens, and not just the police, simply became fed up. Countering this meant putting cops back onto the streets, not turning a blind eye to crime and actually enforcing the law rather than persisting with the attitude of ‘anything goes’.

Even in our personal lives a similar intolerance can be a great motivator in saying ‘enough is enough’ and putting us on a path to discipline and resolve. Victor Macfarlane, for example, the highly successful real estate developer, built his entire empire from an intolerance of his boyhood poverty. From entirely humble beginnings he made a conscience decision that simply being poor would no longer pay a price in his life.

In my life I can recall simply being fed up not with poverty but mediocrity. While at university, for example, I was sick of writing poor assignments. So, while reading as much as I could, I studied good essays and mimicked their coherence and structure. It took time but, like any skill, I eventually got better. Grades went up. Satisfaction improved. And, along the way, I turned out to be an okay writer.

Any degree of self-discipline, according to the great self-help guru Orson Swett Marden, includes a step toward self-mastery. ‘Such self-training, such self-conquest,’ he wrote in his classic Iron Will, ‘gives one great power over others. It is equal to genius itself.’ Discipline will not only help you get things done but also get noticed. The US Supreme Court Justice Clarence Thomas, for example, says that the major difference between the young law professionals that clerk on the Supreme Court and those that don’t boils down to self-discipline. ‘By self-discipline,’ he adds, ‘I mean doing what you are supposed to do and not doing what you aren’t supposed to do.’

The NYPD in the 1990s also became fiercely realistic about what they could achieve. Bratton, as a career policeman, knew there were things he simply couldn’t change about his colleagues. ‘No one in professional policing,’ he wrote, ‘has been able to change the police officer’s developmental pattern from idealist to realist to cynic.’

Like any good strategy Bratton started with taking stock of where things were before setting a path to improvement. ‘I came up with a 46-page course of action,’ he reflects. ‘We identified the department’s major strengths and weaknesses, defined its role within its parent agency, identified the changes needed to bring the organization into the modern world, and, most important, developed a written statement of its values.’

In developing our goals or refining our aspirations we also need to be serious about what’s achievable. Importantly, Bratton didn’t simply foist the strategy upon colleagues or the organisation. He carefully examined what was ‘considered by officers most important to the NYPD’ and ‘what officers considered was most important to themselves.’ Officers, he found, most wanted to ‘reduce crime, disorder and fear’ but felt that the organisation wanted them to ‘stay out of trouble’, ‘hold down overtime’ and ‘write summonses’. Once this gap could be closed results could become achievable.

A similar balance of capability and aspiration is also required for setting personal goals. But crafting your own strategy must align to your inner passion otherwise, simply, it won’t work over the long-term. This really comes down to asking yourself some simple and sobering questions. What do I want to do? What would I do for free? What am I good at? What am I lousy at?

Self-knowledge, of course, requires self-assessment. Another question to ask on your path to improvement is – how do you know that you’re getting better? The NYPD, while unfolding their new crime fighting strategy, took steps to undertake constant self-analysis. Crime statistics, under their famous ‘COMPSTAT’ process, were broken down by precinct. At regular meetings crime data was brought up on a big screen and, when the time came, relevant officers were held rigorously accountable for the statistics in their area.

Experts call this process ‘deliberate practice’. Whether flying an F22 Raptor or learning to draw for the first time, this involves countless hours of careful repetition and, of course, expert coaching. Although we can’t use deliberate practice for absolutely every process in our lives, following a COMPSTAT-like mechanism of accountability and feedback can help. The periods where I’ve most improved, for example, have been when, at the end of each day, I’ve purposely reflected and looked at the things I did well and where I could improve.

Finally, the police had to sweat the small stuff. ‘During the early stages of the initiative,’ says Bratton, ‘we found that one out of every seven people arrested for fare evasion [on the metro] was wanted for some warrant for a previous crime. One out of twenty-one was carrying some type of weapon, whether a box cutter, a knife, or a gun… now were beginning to understand the linkage between disorder and more serious crimes… every arrest was like opening a box of Cracker Jack.’

Paying attention to the detail, in any arena, is important. Once you have a good idea of where you’re headed the small tasks, although seemingly inconsequential, can emerge as incredibly important. Doing ‘the small stuff’ right can not only assist your long-run strategy but help stoke self-discipline and tease out other timeless values like delayed gratification, self-reliance, prudence and foresight.

Today, the number of murders in New York City is below 400. This suggests that the police have not only been able to keep crime down but achieve what I feel is another essential to real success – sustain results over the long-run. People will be able to do the same if, just like the NYPD’s seismic turnaround, they apply discipline, are realistic, undertake self-assessment and pay attention to the small things. 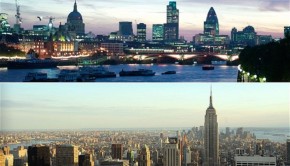 Ferguson from a police perspective → 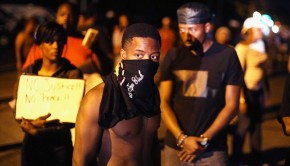