Sean Jacobs : Standing up for Conservatism in Queensland, Australia

Mark Bahnisch, Queensland: Everything you ever wanted to know, but were afraid to ask, Sydney, NewSouth Publishing, 2015

It’s healthy, regardless of political complexion, to read well-written books threading history with current affairs. Mark Bahnisch’s Queensland: Everything you ever wanted to know, but were afraid to ask performs this task brilliantly.

Bahnisch, with a professed attachment to the Australian Labor Party (ALP), also lends an academic but accessible insight into the ALP split forming Vince Gair’s Queensland Labor Party in the 1950s, the Rudd-Goss-Swan troika of the late 1980s and a small mural of Peter Beattie painting him as “the best politician (at least at state level) Australia has seen in the last few decades.”  Politics aside, it’s rare to be given such readable depth to the political, economic and social forces that have shaped Queensland.

Bahnisch’s political sympathies, however, expose a number of predictable points familiar to a conservative or centre-right audience – the inevitable ‘Joh bashing’, the mocking of strict public decency laws, the desire for more lawmakers, the mistaking of symbolism for progress and, perhaps most notable, the incapacity to understand the nuances to conservative positions on issues like race, immigration and economics.

I have written elsewhere about the strained and, in my view, unkind legacy of the late Premier Joh Bjelke-Petersen. Having gone to university and high school in South East Queensland, long after his nineteen year reign as Premier, I recall the mere mention of his name would still draw howls of disapproval and laughter from lecturers, teachers and students. Criticisms of his deep religious faith would often emerge alongside charges that he was intensely corrupt and a mostly wicked man.

Less discussed, however, are Bjelke-Petersen’s overall political legacy, elevating him to one of the most successful politicians in Australian history, his hardscrabble beginnings and early commercial success, or the ‘open roads’ reforms that, with lower taxes, helped dismantle unions and push the state economy into high gear.

Instead Bahnisch, like so many others today, suggest gerrymandering and closed-mindedness as the reasons for his sustained success. Bahnisch, as a young student activist on 4ZZZ student radio, often enjoyed needling the “folksy but tongue-tied” Premier. “The premier’s home number was on speed dial,” Bahnisch reflects. “Joh would always answer, never too busy to have a spray at students, communists, the Labor Party, all his enemies, always the same enemies.”

Queensland’s public decency laws also present easy targets from the past. The Gaming, Vagrancy and Other Offences Act 1936, Bahnisch writes, “allowed anyone to be detained on almost any excuse at any time… Publicans could legally refuse service to anyone they considered a ‘pervert’, a measure largely targeted at gay men, but flexible enough to encompass anyone different. Books, movies and plays were censored, and it wasn’t unknown for cops to shut down gigs.”

While social attitudes and legislation have relaxed considerably since the 1960s and 1970s, Bahnisch rapidly moves past the link between lower public standards and social decline – a trend found not just in Queensland but common in other states and countries. A walk through Fortitude Valley or Brisbane’s CBD on a Saturday night, as many Queenslanders know, presents an unprecedented exposure to drunkenness and opportunities for assault. In New South Wales the social anxieties are the same. “The chances of receiving a rum and coke-fuelled headbutt,” observes the Menzies Research Centre’s Nick Cater, “are considerably greater since the offence of being drunk and disorderly was removed from the statute in 1979.”

In fact, by looking more widely at crime, we see the harmful consequences of trying to deal with ‘root causes’ such as inequality or injustice at the expense of applying the rule of the law. Indeed, the social unravelling experienced by most Western democracies over the past half-century has shown that increased leniency, paired with an expanding welfare state and feelings of entitlement, does little to reduce crime. “As the rates of imprisonment declined [in the 1960s],” reflects the American economist Thomas Sowell, “crime rates soared – whether in England, Australia, New Zealand or the United States.”

Such lessons are far from abstract. Queensland’s Vicious Lawless Association Disestablishment (VLAD) laws, for example, punished organised crime in the state and led to massive reductions in reported crime. Yet rather than applaud the outcomes of such decisive criminal sanctions, Bahnisch takes aim at a rampaging Campbell Newman in a lop-sided unicameral parliament. In fact Bahnisch sees Queensland’s unicameral house not as an arena where decisive governance and democratic reform is achieved but a place that weakens the rule of law and catalyses “the dominance of the executive over supine backbenchers and shell-shocked oppositions.”

Queenslanders, however, are unlikely to be moved by the need for more lawmakers. Present circumstances in the federal Senate, for example, hardly inspire the need for another layer of legislative oversight in the form of an upper house. James Madison’s noble idea of checks and balances, writes Law Professor James Allen, “has descended to the point that people like Jacqui Lambie and Clive Palmer and some Motor Enthusiast (whatever that means) are doing the checking and balancing.”

Under current institutional arrangements the Abbott Government has struggled not only to deliver fiscal repair but deliver key reforms. “Think about it,” reflects Allen on the current Senate’s opposition to university reform. “Seven or eight puffed up, pompous Independents decide that they know more about higher education than the government (and 40 of 41 Vice Chancellors), and worse, feel no obligation at all to let a government get its spending measures through so that the voters can have the last word.”

Predictably, for commentators like Bahnisch, policies lowering crime and making people safer pale in significance to the symbolism of gender equality and indigenous affairs. Bizarrely, he heralds the former Premier Peter Beattie’s community cabinet idea as a milestone in Australian political history. The Palaczuk Cabinet’s majority of women ministers is held up as a yardstick of progress, while Bahnsich expresses solemn hope that somehow “the injustices of the past against the state’s Indigenous people – for example, the Stolen Wages scandal – may be righted” through Leanne Enoch’s appointment to cabinet.

One of the outcomes of welding policy to symbolism is an inability to appreciate nuances, particularly of the conservative kind, around trade-offs, complexity, human nature, the limitations of government or the capacity of individual-agency. Bahnisch falls into this trap, in particular, when touching upon conservative positions on race, immigration and economics.

He’s astonished, for example, that someone like Rosa Lee Long – the former One Nation member for Tablelands – can express reservations about Asian immigration and take strong views on social cohesion but, at the same time, have a late husband of Chinese decent. Similar to Neville Bonner of an earlier era, or Warren Mundine of today, the implication here is that heritage or complexion somehow dictates political positions.

This same lack of depth is also present when examining the state’s economic health. The Costello Report, which documented Queensland’s high cost and low productivity trajectory, is labelled “at best dubious and at worst pure rhetoric.” Appreciation for the changing skills needs of the Queensland economy, how debt translates into higher taxes and the costs of a large state sector are not discussed but reduced to a simple “drumbeat for greater productivity.” The instruments that have marshalled Australian and state prosperity – individual contracts, the scaling back of union power and actually listening to the views of commerce – “are disconnected from the immediate station, pointing instead to a desired future.”

Bahnisch has clearly done well to mix history with Queensland current affairs. The readable nature of his new book is also a testament to good writing. Conservative books of a similar nature will carry an obvious and different interpretation of the social forces shaping Queensland. But they will also, one hopes, tread the same path of readability, connect with the past and, most importantly, stand up for things worth defending. 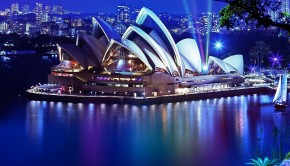 Australia: change when change is required →