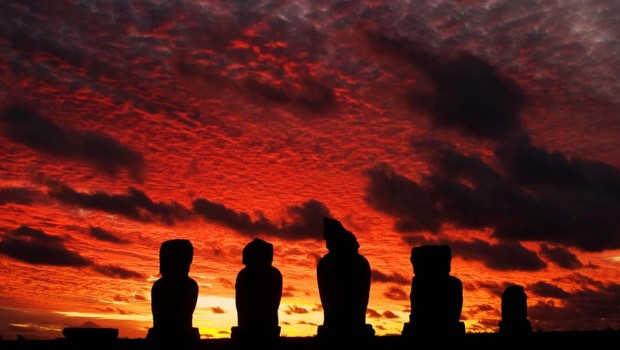 Sean Jacobs: Should Sinking Islands in the South Pacific Worry Us?

“Climate change is an issue that I will continue to talk about for as long as I have breath in my body,” said Kiribati President Anote Tong to the United Nations General Assembly in 2012. “This is a critical issue for the survival of our people and for all of humanity. It remains the greatest moral challenge of our time.”

Few images in the West are more emotive than a small island archipelago slowly being consumed by rising sea levels. A sense of guilt is generated in the developed world by images of intrusive waters dabbing the stilts of idyllic, thatched houses. Coconut trees and village gardens, we are told, are drowning under tides that rise much higher than in previous years.

Alongside melting ice caps and the plight of polar bears, this imagery has been deployed to promote a dizzying list of climate change and environmental projects in the South Pacific. For the region’s political leaders, the mere mention of climate change in the halls of Geneva or New York is enough to stimulate more rounds of aid and a proliferation of pacts, memoranda, protocols, declarations and international agreements on climate change and the environment.

But sea levels are not the only thing on the rise. As a young professional who has worked across the region I’ve noticed two emerging but under-acknowledged outcomes of the global climate change phenomenon in the Pacific islands. The first is the growing deflection of political responsibility regarding local environmental concerns. The second is a noticeable retreat from science and a movement toward superstitious explanations for irregular weather and natural disasters.

Firstly, many environmental issues that South Pacific governments face are domestic and have very little to do with international agreements or an atmospheric increase in carbon. For example, waste management and sanitation rest squarely with national and local governments. But to walk through any of the region’s less glamorous quarters is to expose how poorly governments are performing these basic functions for their constituents.

What the climate change phenomenon has actually done is give space for the Pacific’s political leaders to travel the globe calling for ‘urgent action’ on the environment but, at the same time, downplaying their own poor environmental performance. In 2008, for example, in the wake of Al Gore’s An Inconvenient Truth, Papua New Guinea’s Michael Somare gave a speech to the Lowy Institute calling for “a global paradigm shift” and reconstructing a global values framework for sustainable growth.

Throughout Somare’s multiple terms as Prime Minister, however, PNG has seen perhaps the largest upward trend in illegal logging anywhere in the world. In past decades, the PNG government has also performed poorly in relocating persons because of natural disasters and rising sea levels. As some reports show, these resettlement efforts have been dimly planned by local authorities. Community hostilities have been common, especially around relocation efforts in the province of Bougainville.

Additionally, in PNG and across the region, the practical results of individual ‘action plans’ for climate change ‘mitigation’ and ‘adaptation’ remain hazy; unless, of course, results are judged purely on aspiration or the number of international climate change meetings attended. At such events, local corruption and governance shortfalls are conveniently swept aside in favour of heightened rhetoric in favour of an ‘urgent’ and ‘pressing need for action.’

The second broad trend I have noticed in the region is a curious return to religious and superstitious explanations around the environment. Spirituality in the region remains strong despite unprecedented affluence and modern living. Natural disasters like earthquakes or torrential flooding, for example, are seen by many as punishments from God or witchcraft from the next village rather than the movement of tectonic plates or the advent of low pressure systems.

Such beliefs, most of the time, are harmless but they can, in words of anthropologist Ron Brunton, “usually have very harmful social consequences, feeding cycles of mutual fear and suspicion, and making social co-operation beyond the narrow kin group always precarious.”

Social cohesion aside, an affinity with science over superstition is clearly required to deal with the kinetic effects of rising seas and natural disasters. Agency over the environment is achieved not by pre-modern ritual or sacrifice but better infrastructure and knowledge of enhanced water systems, irrigation, farming techniques and the promotion of genuine and workable renewable energy systems.

At the same time, political accountability of Pacific leaders is crucial. By constantly using the climate change vehicle as a screen for poor governance, a great deal of local environmental concerns in the South Pacific have gone unnoticed. These generally expose questions of corruption which, of course, are uncomfortable in international forums but the capacity of Pacific governments to manage their own affairs will continue to be critical. Conjuring images of sinking islands will not be sufficient – responding to climate change requires indigenous ownership by political leaders and the environmental bureaucracies they direct. 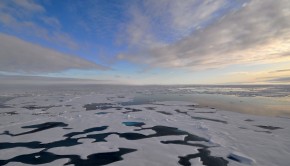 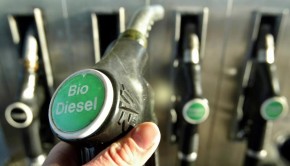 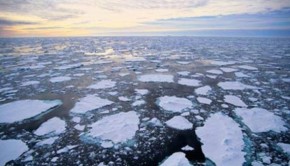