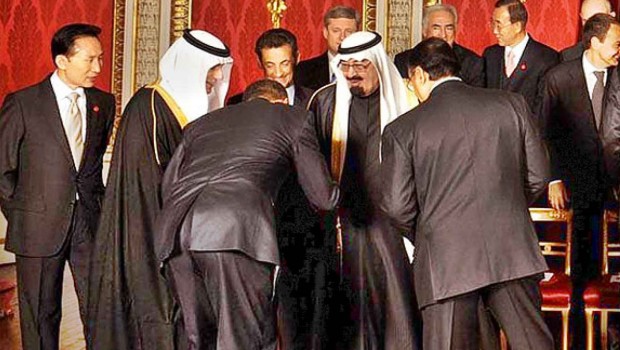 Later today,  Saudi Arabian authorities are scheduled to crucify a 21 year old for organizing pro-democracy rallies, who-coincidentally-happens to be the nephew of a regional political dissident. Mohammed al-Nimr, arrested at 17 and confessing to crimes after what many have stipulated to have been prolonged periods of torture, will be beheaded by the state executioner.  The executioner was selected for the position after a recent state recruitment drive promising “no experience required” and offering to train fresh recruits by decapitating an unlimited supply of live sheep.

After the beheading, the headless body is likely to be sewn back on, before the boy’s body will be placed on a crucifix and left to rot for several days in the public square, as a warning to other “enemies of the state.”

The incident is not an isolated case. While crucifixion is relatively uncommon, the death penalty is routinely prescribed for a wide range of offenses, including adultery, leaving Islam, blasphemy, witchcraft and sorcery.

Judging by the number of persecutions, Saudi Arabia may well give Hogwarts a run for their money in the magic department-with over 191 charges of witchcraft and sorcery in the last two years alone.

At the same time, since passing a series of “anti-terrorism reforms” in 2014, the Saudi government has wasted no time protecting its citizens from sedition. Upon its creation, the terrorism tribunal promptly sentenced prominent activist Fadhil al-Manasif to a 15 year prison sentence, to be followed by a 15 year travel ban. The court found him guilty of charges including “breaking allegiance with the ruler,” “circulating his phone number to [foreign] news agencies to allow them to call him” and “contact with foreign news organizations to exaggerate the news.” Numerous others have been charged with offences ranging from “spreading discord” to “insulting the judiciary.” In a case that generated worldwide condemnation,  popular blogger  Raif Badawi was sentenced to 1000 whippings and ten years in prison for the crime of “Insulting Islam,” for founding a website encouraging the sharing of ideas and critiques on government policy.

To further prevent the spread of injustice and terrorism, the legislation was once again broadened earlier this year, and now lists those “calling for atheist thought,” or “contact or correspondence with any groups, currents [of thought], or individuals hostile to the kingdom,” as terrorist organizations.  The same legislation further cracked down on demonstrations and assembly, explicitly labeling efforts to organize protests or demonstrations as terrorists.

With such a track record, combined with the Kingdom’s well known views on female equality (girls are banned from physical education, women may not see male doctors without their guardian’s supervision, driving bans, coverings, etc), it wouldn’t come as a surprise to see some-like Dr. Carson-suggest that elements of Islam and Islamic law may be contradictory to some of the values held by contemporary America.

There is a healthy discussion and vigorous debate to be had on both sides of the issue.  Some contrast the hardline Wahhabism of Saudi Arabia with the far more liberal, less authoritarian Indonesia-the most populous Muslim nation on Earth.  Others may question the extent to which Saudi Arabia’s legislation has less to do with religion, and more to do with maintaining the political control of the ruling royal family. Conversely, many point to punishments for Apostasy (converting from Islam ), issues of gender equality, and the often ineffectual checks and balances that extend throughout much of the Muslim world as a sign of deeper, more fundamental flaws.

Nevertheless, seeing Saudi Arabia be announced this week as the new chair of a UN Human Rights Panel is surely an event so egregious, so insultingly hypocritical, and so profoundly offensive to the very notion of preserving human rights and dignity that all Americans would unite in opposition to the posting.

Except, it would seem, for the President and the State Department.

With criticism pouring in from around the world, the Deputy Spokesperson Mark Toner formally expressed the administration’s full support for the nomination.   “Frankly,” he was quoted, “I would welcome it.”

By throwing America’s weight behind a nation that beheaded more people this year than ISIS, engages in crucifixion, and routines suppresses political rivals, the administration threatens to exacerbate the divide between popular sentiment and foreign policy.  The further that sense of disillusionment and distance grows between policy makers and the American public, the more difficult it may become for candidates like Hillary Clinton to argue in support of the status quo against outside candidates, many of whom have skyrocketed to popularity by expressing the deep seated frustrations of many Americans with the perceived hypocrisy of their government officials.

The inevitable videos of the crucifixion, spliced together with Obama’s bowing to the Saudi King or the State Department’s glowing support for the Kingdom’s induction to the Human Right’s Panel, will do little to challenge those perceptions.

About the Author:   Andrew Simon is the editor-in-chief of Hip Hop Republicans. As a world public speaking champion and professional web designer, Andrew has provided public speaking consulting, speech writing, and web design services for a wide range of political and business professionals. His political focus is on minority outreach, urban socioeconomic development, and policy promoting entrepreneurship and school choice as a tool for social mobility. 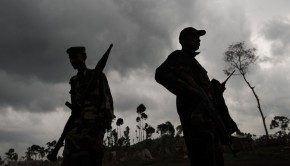 Dealing with the Congo question →