Republicans’ War on the Impoverished

Last week marked the 50th anniversary of President Johnson’s “War on Poverty,”  legislation that Johnson outlined during his State of the Union address on January 8, 1964.  This was Johnson’s response to the poverty rate at the time hovering around 20 percent.  Talk of poverty normally conjures up images of Black faces, but the reality is that in raw numbers, there are more Whites in poverty than Blacks.  But, as a percentage of the population, the poverty rate of Blacks exceed that of Whites.

The War on Poverty was a logical program if you believed in big government.  Also, to my conservative Republican friends (Black and White), please understand the historic context behind the Black community’s seemingly embrace of big government.

While many conservatives were aggressively embracing Jim Crow, segregation, and racial discrimination, our only ally was the federal government.  Brown v. Board of Education (1954), the Civil Rights Act of 1964, and the Voting Rights Act of 1965 are but three examples.

So, it’s not so much that Blacks are in love with big government, but without big government, Blacks would still be in slavery, have separate but unequal schools, would not be able to vote, or be able to eat in the restaurants of our choosing. Those are undeniable facts.

Yet, last week, I saw and heard many Black Republicans on TV, radio, and in newspapers criticizing Johnson’s War on Poverty.  While I was in agreement with the substance of their message, I didn’t hear or see any workable alternatives to address intractable poverty.

I saw Republican congressional leaders giving major policy speeches at  conservative White think tanks; but they never appeared before Black organizations. Even when it comes to optics, Republicans tend to be tone deaf.

Increasing the minimum wage is not the solution to poverty; more preferable is enhancing job skills through education (college or vocational).  When will congressional Republicans take this message to an HBCU with the launch of a major policy initiative? Obama’s record with the HBCUs is abysmal and can be exploited politically.

Another issue is the plight of small business, the economic engine of our country.  They are the job creators, not the Fortune 500 companies.  Yet, small business owners are finding it almost impossible to access credit from the very banks the federal government bailed out only a few years ago.

When will congressional Republicans partner with the Center for Neighborhood Enterprise, led by Robert L. Woodson, Sr., to address the values issue within the Black community?  He is doing some things with Congressman Paul Ryan, but our leaders need to do more, especially in terms of private funding.

So, to my Black Republican friends and congressional leaders, always remember that it is easy to be against something.  But what are you for? Blacks are thirsting for answers to the problems facing them.  As a graduate of Oral Roberts University, I am reminded of what Oral would always tell us, “Go into everyman’s world and meet them at the point of their need.”

If you truly believe the Republican message can really turn around the lives of those that have been hurt by liberalism and big government, when will you take your solutions to the marketplace of ideas in those communities?

Just think back to your elementary school days when the teacher asked a question and you knew the answer.  You threw your hand up in the air and could not wait for the teacher to call on you; and when she did and you gave her the right answer. Remember how good you felt inside?

Well, Jeremiah had a similar experience in the Bible in Jeremiah 20:9, “…But his word was in mine heart as a burning fire shut up in my bones, and I was weary with forbearing, and I could not stay.”

Blacks’ disenchantment with the Democrats and Obama is the match that should ignite a fire within the Republican Party in regards to the Black vote. But there won’t be a spark among those ranks until Republicans present a genuine program for Black America, not an endless list of what they are against.

ABOUT THE AUTHOR: Raynard Jackson is president & CEO of Raynard Jackson & Associates, LLC., a Washington, D.C.-based public relations/government affairs firm. He can be reached through his Web site,  http://www.raynardjackson.com. You can also follow him on Twitter at raynard1223. 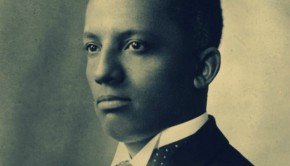 Can Obama Sell the Idea of Community? →

One Response to Republicans’ War on the Impoverished