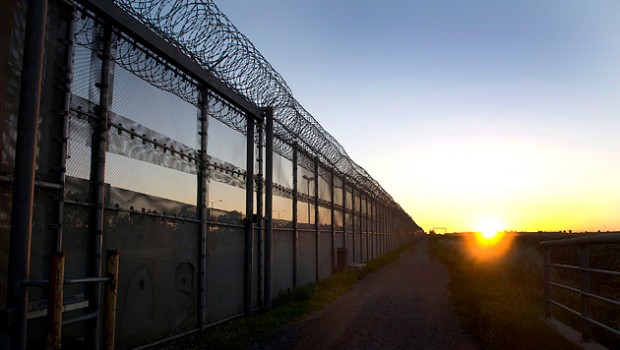 Immigration was one of the most contentious topics during the first four years of President Obama’s tenure. Now that the dust has settled on the 2012 Presidential Elections and Barack Obama has successfully defended his incumbency, Republicans appear to be motivated to own their own narrative around immigration reform. To do so effectively, it is worthwhile to take a look at a system that appeals to Republicans’ federalist roots. Considering the similarities in political landscape and combating ideologies, Canada appears to offer an appropriate model for the U.S. to consider.

The issue that the U.S. is having regarding immigration is primarily two-fold:

Both of the factors above have led to an imbalance in our economy and a significant shift in the demographic of the U.S. For years, America has had a competitive advantage in attracting top talent from around the globe; however with other developed nations fighting hard to attract talent by streamlining their immigration processes for highly-skilled positions, America has become less attractive. Due to this lack of competitiveness, largely caused by an archaic immigration system, America has suffered adverse affects across numerous industries, most notably: engineering, bio-tech, technology and just recently, medicine.

The U.S.’s aforementioned archaic immigration system stipulates that no more than “7 percent of the roughly 140,000 employment-based green cards issued every year can go to residents of one country…creating a 10- to 15- year wait for immigrants from India and China, the biggest supplier of graduates from high-demand STEM fields: science, technology, engineering and math” (Dalmia, 2012). To put this into perspective, that is a maximum of 19,800 green cards available for highly-skilled workers from two countries that represent more than one-third of the global population.

On the flip-side, America struggles with the level of domestic unskilled workers. This is largely due to the evolution of the global market. “Stronger international competition from importers has reduced the demand for and employment of less-skilled (but highly paid) workers in automobile and steel industries” (Brue, 2010). This trend largely impacted domestically grown labor, creating a glut of unemployed or underemployed workers whose plight has been compounded by the presence temporary guest-workers and illegal immigrants that are available at significantly less pay. This structural issue has led to significant levels of unemployment and reduced wages that are currently stymieing our economy, while at the same time stressing our social “safety nets”.

Canada has grown a lot in the past decade or so and is now in a position of authority in the areas of: fiscal responsibility, finance, social responsibility and immigration, amongst other things.

When it comes to immigration, Canada is far ahead of the U.S. This is due largely to the fact that they are well-organized, disciplined and somewhat more progressive. Much of their ability to adapt and attract top talent comes from an understanding amongst the political parties that no matter what the political agenda, Canada is best served by having the appropriate levels of skilled and unskilled labor deployed in the appropriate areas. Thus, Canada’s provincial-nominee program is best suited to address these needs.

At its core, this program is established to empower the Canadian provinces (states) in determining how they fill their quotas for Internationally Trained Workers (ITW). “Provinces use the program for diverse goals such as enhancing existing cultural or ethnic ties with other countries. Not surprisingly, the most popular reason is economic: to augment the local labor market” (Dalmia, 2012). What this allows Canada to do is make sure they have the appropriate labor resources available, where  and when it is needed. This has lead to increased productivity and eventually appropriate demand side consumption.

As for economic impact, although not the only reason, Canada’s immigration process has allowed their economy to thrive to the point that they have recently overtaken the U.S. in overall median net worth. This is because there is a controllable balance if skilled to unskilled ITWs thanks to the malleable provincial quota system.

Why it would work in the U.S.?

This approach to immigration is almost perfectly suited to America in that it is “far more in tune with the spirit of federalism than [current] U.S. immigration policies” (Dalmia, 2012). In short, it is something that Republicans, especially those offshoots of the party that are anti-amnesty, could begin to embrace as a compromise.

This transfer of power from Federal oversight to State would allow states to work directly with employers to determine the type of labor need. Considering the “competitive markets remarkable ability to allocate scarce resources” (Brue, 2012), States would be able to anticipate needs and efficiently fill in any gaps that their local markets may have.

One example of how this system would work within the U.S. would be the current lack of highly-skilled labor, especially in the Midwest. With “over 80 percent of manufacturers report a moderate to serious shortage of skilled talent in the hiring pool” (Townsend, 2012), there would be a need to focus on bringing in skilled ITWs to fill these jobs that local labor is undermanned to handle. Many areas from North Carolina to Alaska are finding it difficult to progress due to a lack of appropriately skilled labor. This greatly impacts the supply side from a productivity level that could greatly contribute to improving the U.S. manufacturing. This is also something that a progressive immigration system could assist in addressing.

Another strong component of the Canadian system is that once in place, it comes down hard on those who try to circumvent the system by entering illegally. Since 2006, the Conservatives have put in a number of reforms including the “Preventing Human Smugglers from Abusing Canada’s Immigration System Act, to ensure law enforcement have the tools they need to crack down on human smugglers” (Conservative, 2012). A part of this act is expedited deportation of those found to violate immigration laws. This is seen as a reasonable reaction as Canadians view their system as exceedingly expedient and fair for lawful entry (something the U.S. cannot claim).

Why Republicans should embrace it?

There are very few things that Republicans see as palatable regarding amnesty for illegal aliens. However, as mentioned at the onset of the piece, they have lowered their guard a bit and are open to addressing the issue in a constructive manner. How better to address it than with a system that empowers the states.

The Canadian model provides such a way, as it promotes the economic and labor needs of each state, while providing a streamlined pathway for current illegal immigrants to become documented participants in the U.S. economy and tax system. Through a flexible quota system, this group can be deployed to areas that are in need of their services, thus providing steady work for the laborer and needed human capital to the employer. Then, to balance out the skilled to unskilled labor ratio, the remainder of the quota during the transition period would be predominantly allocated to meet the demand for highly-trained talent.

Finding a solution to the U.S.’s immigration issues is vital to long term economic and political success for the Republican Party. There are certain realities that Republicans must accept and begin to influence the dialogue constructively. As a country, the U.S. has a structurally flawed system; however one with a strong infrastructure that can aide this new framework. By turning to Canada as a model for immigration reform, we open ourselves up to an immigration system that, although developed in a moderately Socialist country, is far more Federalist than our own. Thus, this system’s efficiency and rationality would not only solve a significant societal problem, but economic ones as well.

ABOUT THE AUTHOR: Erol Senel started out as a student of history but has been plying his trade in the world of finance and personal investing. Through this real world experience, he has found his true professional passion in economics and financial history. His mission is to provide readers with easy to understand, topical and informative articles with the hope of allowing many to make more informed decisions while partaking in civics and life.  @senelslant 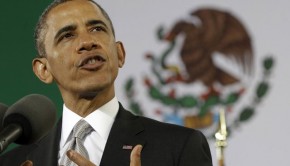 Oh, Canada! Why Republicans Should Look To Canada to Solve Branding Problem →