Darrell Jordan, a black Republican from Virginia offers some advice to the Virginia Republican Party on winning the minority vote:

Many Republican Party of Virginia Convention-goers assumed that electing E.W. Jackson would secure greater support from minorities in our demographically changing state. They assumed his nomination would appeal to minorities and gain the respect of the Black community. In fact… after the Convention, one blogger on this respected site, Bearing Drift, referred to Jackson as, “…someone with instant credibility within the black community.”

Hold on a minute.

Despite this assumption, my fellow conservatives must realize that minorities will not blindly vote for another minority. And… just because someone is African-American, doesn’t mean they have “instant credibility” in the community. If this were the case, Clearance Thomas and Alan Keyes would all be celebrated by the NAACP and Black community, at large. But that hasn’t happened.

So, let’s not jump to conclusions that nominating a Black person mean that he or she has credibility in the Black community, or will win our Party the minority vote. The truth is that increasing our vote among ethnic minorities takes time in those communities, engaging them and listening to them, celebrating their culture, and communicating how our conservative principles will improve their lives. 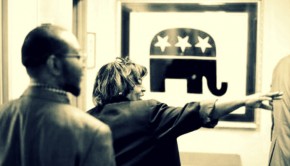 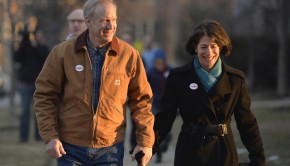 How Bruce Rauner could transform the GOP →

3 Responses to Republicans, E.W. Jackson and the Minority Vote