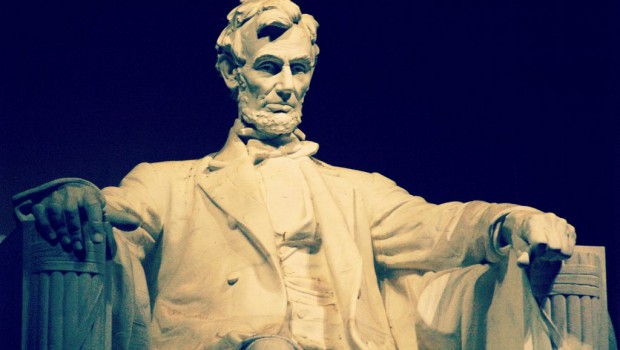 The illusion of inclusion in the Republican Party

I want my readers to fully understand why I criticize my party when it comes to their total lack of engagement with the Black community.  I have stated ad nauseam that Blacks are begging Republicans to give them a reason to vote for them; but so far the party has failed to even acknowledge the existence of the Black community.Fifty two years ago, the Rev. Dr. Martin Luther King made a profound statement that was just as true then as it is now, unfortunately.  On December 18, 1963 he was invited to speak to the students at Western Michigan University in Kalamazoo.  He was asked, “Don’t you feel that integration can only be started and realized in the Christian church, not in schools or by other means?”

Borrowing from King, I would say the most segregated major institution in America is the Republican Party.  Republicans often confuse diversity and inclusion with having a Black on staff.

Blacks are nowhere to be found when policies and direction of the party or a presidential campaign is concerned.

During the work week, I literally spend half of my day fielding calls and meetings from prominent Black Republicans asking for my assistance in helping them navigate issues within the party as it pertains to them and the lack of diversity within the party.  They praise me for my columns challenging the party; but for various reasons, they are totally afraid to join me publicly in this fight to make our party more representative of America.

Many of these people are fearful of being blacklisted (pun intended) from jobs or consulting opportunities within the party so they much rather someone like me remain the point person for pushing my party to do what’s in its own best interest.  Mind you that Blacks are not getting any work from the party anyway, so the fear of being blacklisted is a bit ridiculous—we are already blacklisted de facto.

I am a businessman and yes, I am always interested in more business; but not at the expense of my integrity.  I can always get more money; but I can’t get more integrity.

Last week I had lunch with a major leader within our party (he is White).  To my astonishment, he actually encouraged me to continue challenging the party.  He indicated that people at the highest levels of the party follow and read my columns, but they don’t quite know how to respond to my writings.  I interrupted this person and told him that was total BS.  I told this person to allow me to interpret what his colleagues were saying to him.

“Republicans want Blacks that make them feel good, Blacks they are “comfortable” with, or Blacks that will just do what they are told.  There is a difference between hiring Blacks and hiring Blacks with credibility who know what the hell they are doing.”

There are fewer than ten Black Republicans in the country that has the skill set to get the party where it needs to be within the Black community.

I am referring to Blacks who have “earned” credibility within our community, not those deemed by the party to be credible; Blacks who have the professional competence in PR and communications; Blacks that have the political instincts and experience to engage with the Black community; and most importantly, Blacks who understand that all of the above skills must be brought together simultaneously.

Republicans confuse hiring a Black(s) with having the right Black(s).  Rarely have I seen Republicans hire the right Black(s) for a job and then empower them to get the job done.  Far too many in our leadership still believe if they focus too much on the Black community, they will alienate those on the far right of our party.  I ran into this roadblock as recently as last month.

Just last week, I had another in a lifelong series of bizarre experiences within my party.  I am frequently asked by Roland Martin to host his national radio show.  Between his radio and TV shows, many Blacks get their news from Martin.

So when I was asked to host for Roland last week, I sent an email to one of the top tiered presidential campaigns asking if they wanted to have their candidate call into the show for an interview with me.  None of the Republican campaigns has engaged with Black media to this point.  Here is his response, “Hey Raynard – Fully booked on hurricane [Katrina] stuff tomorrow. Thanks for reaching out though. “

Please tell me this is a joke.  This is what happens when you have an all-White staff—they are totally incapable of connecting the dots.  You are doing Hurricane Katrina related media, which disproportionately impacted the Black community; you have a chance to speak directly to the Black community on Roland’s show; you have a “friendly” doing the hosting; but yet they were unable to connect the dots.  This is exhibit A in how to continue to lose elections.

Raynard Jackson & Associates, LLC is an internationally recognized political consulting, government affairs, and PR firm based in Washington, DC.  Jackson is an internationally recognized radio talk show host and TV commentator.  He has coined the phrase “straticist.”  As a straticist, he has merged strategic planning with public relations.  Visit his website at:  www.raynardjackson.com.

One Response to The illusion of inclusion in the Republican Party