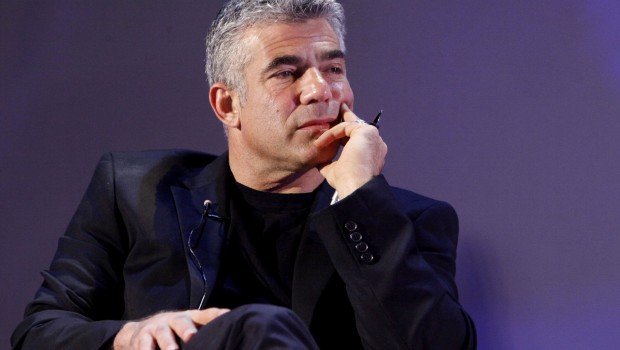 Princella D. Smith, a contributor to HHR and a freelance contributor to the news paper IsraelHaYom (Hebrew: ישראל היום, lit. “Israel Today”) writes about the recent election in Isreal and the surprise rise of the Yesh Atid Party.

A little while ago, I was at the Interdisciplinary Center in Herzliya when a handsome and charismatic man in an elegant black suit, black shirt and no necktie made his way across the campus, flanked by an entourage.

“Who is he?” I asked someone in his entourage.

“Yair Lapid. He is the head of the Yesh Atid Party.”

“What’s your name and position?”

“I am Yaakov Peri. I am a member of Yesh Atid.”

Peri, a former head of Israel’s Shin Bet domestic intelligence agency and the senior security figure on Lapid’s list, granted me an interview for Israel Hayom. He spoke very plainly, as if it was the first time that anyone reading Israel Hayom would have even heard of him or of Yesh Atid. Peri is No. 5 on the Yesh Atid list, and with the party having won 19 seats, this means he will be a member of the new, 19th Knesset.

The stir over Yesh Atid’s surprising gains in this week’s election made me think back to my interview with Peri and connect the dots. Should Israelis really be so shocked by Yesh Atid’s rise? Political ideology aside, these people seem to “get it” when it comes to relating to young people and people concerned with moving Israel forward. Few people make waves in elections by claiming to keep things exactly the same.

When I asked Peri about the importance of the youth vote, he said, “We want to convince them [young people] that there is a lot of change that can occur in our country and in daily life. We want to change the government system by minimizing the number of ministers and vice ministers. We are such a small country. We only need 18. We currently have 35. We want to lower the cost of living and build 150,000 units as business projects to create jobs.”