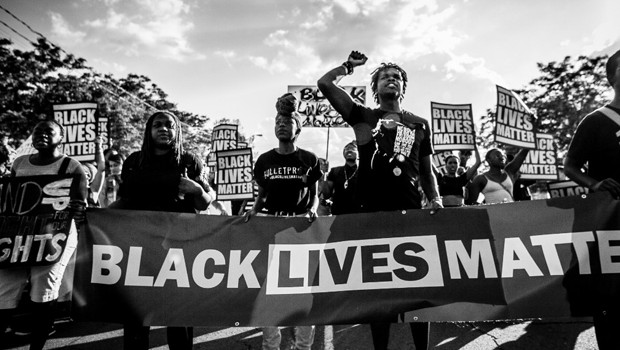 Police brutality is a blue-state problem

When will #BlackLivesMatter develop the courage to take on a real opponent?

In December, a Grand Jury in Cleveland followed a prosecutor’s recommendation and declined to indict the officer who killed twelve-year-old Tamir Rice. More than a year after the incident that officer, Timothy Loehmann, remains at work drawing a salary from taxpayers. Cleveland’s District Attorney, Mayor, and Police Chief are all Democrats. The Police Chief, Calvin Williams, is black.

Last summer in the Dallas suburb of McKinney, a white police officer was recorded pulling his gun on black teenagers at a pool party. At one point the officer wrestled a 14-year-old girl to the ground with no provocation. The officer’s actions were denounced by McKinney’s Police Chief the very next day. Three days later the officer stepped down. He no longer wears a badge or collects a taxpayer-funded salary. McKinney’s civic leadership is white and Republican.

There is a missing element in public efforts to end the culture of police brutality against black Americans. More than racism is at work in this problem. Black Lives Matter has displayed the courage to challenge the structural racism that subjects black and other minorities to humiliating and occasionally lethal mistreatment by public servants. Yet, neither BLM nor any other major force on the left has mustered the courage to tackle the rest of the problem. As a consequence, their efforts to date have generated nothing but heat.

Police brutality as a structural issue grows from two sources: racism and an absence of accountability. Red states are rich with racism, but the relative weakness of their public employee unions leaves open a potential path to accountability. For all the racism that plagues Southern states, police there are less likely to mistreat black citizens and far more likely to face discipline when they do.

Our largest, oldest urban areas have a long history of entrenched union power. No force at the state or local level possesses the political muscle to hold police (or educators) accountable for any failure to serve the public interest. That fact is reflected in the quality of their public institutions like police and schools.

This is a very simple problem. When a public servant in a place like Oklahoma or Texas abuses the public trust, elected officials there possess the authority to discipline them. In Northern states where government employees are insulated by the overwhelming political influence of their unions, no one has the power to subject public servants to appropriate discipline. Create an environment in which the worst performers cannot be properly weeded out and your bottom ten percent will set the tone for everyone else.

A quick survey of police brutality cases, North and South, makes the problem starkly obvious. Here are a few examples of police abuse in the North with links to the case details and a summary of the outcomes:

Officers in the case were not charged with any crimes. They remain on duty receiving pay. The department still has time to pursue some form of disciplinary action, but will probably decline.

Perpetrator remains on duty. None of the officers involved in the incident have faced criminal charges or internal discipline. Only one officer is being referred for discipline, a black supervisor who never laid a hand on Garner. Deadline for disciplinary charges has passed. A civilian who filmed the incident is the only person charged with any crime.

Officers on leave, but still employed and receiving their pay. Police arrested one of the people who filmed the incident. First of six trials of the officers resulted in a mistrial. Interesting note here, three of the six officers involved are black and one is a woman. Apart from a newly elected Governor, every official in the chain of authority all the way to the US Justice Department was a Democrat. All of the local officials, including the police commissioner, were black.

Arresting officer has already been indicted for perjury. Termination proceedings have started. All of the officials involved at the state and local level are Republicans.

North Carolina – Jonathan Ferrell – Killed by police after a car accident in September, 2013

Officer was arrested the next day. He was suspended without pay and charged with manslaughter. Trial ended in a hung jury. City of Charlotte settled a claim with the family of the victim for $2.25m.

Officer who shot Scott was fired within days. Two months after the incident the officer was indicted for murder. Trial is pending. The state and local officials involved are all Republicans.

These are only a few examples that demonstrate the wider pattern. How this problem actually works on the ground can be illustrated with a look at the union contract that blocks the City of Chicago from disciplining officers.

Officers cannot be charged with perjury unless they were first allowed to review prior statements and other evidence, making a perjury charge (as in the Bland case) virtually impossible. Officers under investigation get to know the identities of those who will interrogate them. They get to keep disciplinary proceedings private.

Officers can’t be removed from paid status until an arbitration process has been completed. They can even decline a lie-detector without facing any penalty. Most importantly, they get to make their first statement in any disciplinary case in private, with their supervisor. It is virtually impossible to subject a Chicago police officer to discipline without the full cooperation of the department and the union. In other words, so long as an officer does nothing to upset his union hierarchy, they are beyond accountability.

Why do officers in Chicago and other big cities enjoy this degree of immunity while public servants in the South do not? Southern states never developed powerful public employee unions. In the North, unions deliver enough of the political ground game to elect the public officials who will subsequently be on the “other side” of contract negotiations. And state laws force local governments to reach agreements with those unions, effectively blocking any escape. The Democratic Party to which black voters owe unquestioned loyalty is controlled by unions that will always place their own interests above black voters. Checkmate.

Southern states generally lack mandatory collective bargaining agreements and their public employee unions lack the political organization enjoyed by Northern peers. Southern states have plenty of racism, but the public will not tolerate extreme abuses. Much more importantly, the public possesses the power to hold police and other public workers accountable. Voters in Chicago or Baltimore may be less influenced by racism, but voters there have no leverage to hold police consistently or reliably accountable.

If Black Lives Matter is serious about stirring up more than passion, they will have to find the courage to tackle the other half of the police brutality problem. For a movement on the Democratic left, tackling the white supremacy element of this problem is too easy to be taken seriously. There is no major constituency on the left committed to preserving white supremacy.

So far, BLM is still pulling their punches when it comes to public employee unions, reflecting their weakness beneath the surface. The movement is rich in left wing performance art, putting on obnoxious shows at Sanders’ campaign rallies and blocking traffic. Yet their supposedly ambitious ‘Campaign Zero’ amounts to a polite request for police unions to remove contract provisions insulating abusive officers. They’ll congratulate themselves for shutting down the Bay Bridge, but when it comes time to confront a real political powerhouse, they are suddenly flush with pragmatism.

When reformers muster the will to challenge their union “allies” on the left, we may see an opening for real change. That kind of change could open up a new era of prosperity for Northern cities stunted by corrupt and unaccountable public institutions. Unfortunately, it is far more likely that this movement will simply be absorbed into the numbing static of the professional left, filling a booth between Code Pink and Occupy Wall Street at a future progressive bloggers convention. That would be a loss for all of us, left, right and center. 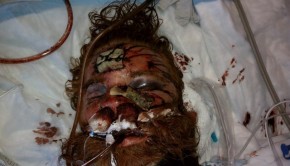 The Killing of Kelly Thomas →

One Response to Police brutality is a blue-state problem