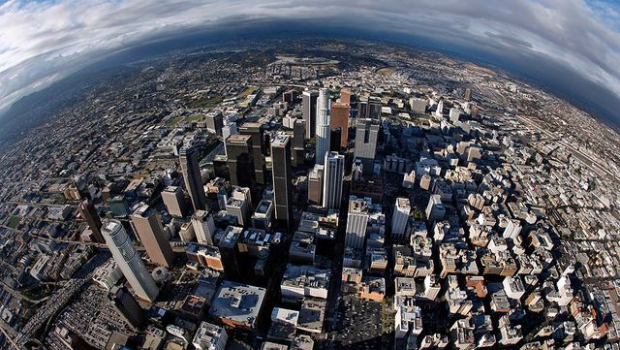 After years of population panic, the prophets of the secular apocalypse are facing a shocking realization.  It appears likely that by the second half of this century the global population will actually begin to decline. 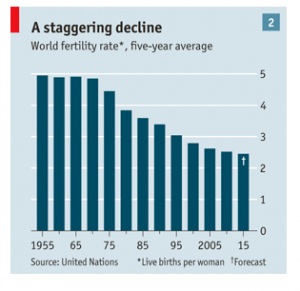 The decline has already begun in the wealthiest countries and fertility rates globally are in almost universal free-fall.  Forget about Malthus.  Scientists now estimate that we have already reached “Peak Farmland,” the point at which demand for agricultural land begins to ease and “Peak Child,” the maximum child population the planet will experience.

Progress means graduating to better and better problems. While the end of the global population explosion may be good news, we can expect that it will create some surprising new challenges.  Conventional wisdom born in a world of very different assumptions will not serve us well in these new circumstances.

In the developed world our coming generation of new workers will be significantly smaller than the one before it.  Germany, Japan, and Italy are experiencing remarkable declines in their native born populations.  Fertility rates in nearly every western country are already below replacement.  The US population would be decreasing but for immigration.

Over the past generation fertility has declined most steeply in some surprising places, including China and India.  When its massive gender imbalance is factored in, China’s fertility rate is only 1.5, far below replacement.  The fertility rate in India stands at 2.45 and rapidly declining.   By just 2025, China’s population of people aged 20-24, the threshold for entry to the work force, will have dropped by half.

The effect on economies will be hard to predict with confidence and our economic priorities may shift in some surprising ways.  With a stable or shrinking population, GDP growth should become less important as a measure of wealth.  Mass employment will not have the same cultural importance since a shrinking working age population will depend much more on productivity gains and capital investment than on a large labor force.

Some are concerned about the impact of a smaller workforce on aging populations. However, the assumption that workers support retirees is a concept that makes intuitive sense without necessarily being true.

The primary concern for retirees will be strong returns on capital, and the workforce is only one component in capital returns.  That capital can be expected to feed the cycle of productivity gains needed to power further wealth generation in a world with a shrinking labor force.

A declining population confronts us with some surprising policy challenges.  Countries that adapt most successfully to this shift will probably be the ones that:

1) Win the global competition for immigrants in this generation.

2) Successfully support women’s efforts to participate in the workforce while raising children.

3) Equalize the productivity and workforce participation of marginal demographic groups.  In other words, the countries that manage to attract diverse populations while reducing the impact of racial/ethnic discrimination.

4) Resolve the challenges of mass education faster than others.

5) Extend the benefit of productivity gains into health care, education and public services.

6) In light of the other challenges, successfully construct a national identity that extends beyond a culture or race.

It appears that the single largest factor slowing birth rates is the expansion of economic and political rights for women.  Perhaps a focus on the fundamentals of freedom, justice, and human rights might do more to solve our biggest problems than many centrally engineered solutions.

Those who feel a passion for environmental protection might achieve their greatest successes by advocating human rights and mixed-market capitalism.  Prosperity and freedom expand our range of options for solving collective problems.  Rich populations with healthy, humane political cultures will be in a far better position to preserve rain forests and protect elephants than a planet of struggling subsistence farmers.