Chris Ladd: Our Next Republican President

Finding a gap in the Blue Wall was going to be nearly impossible in 2016 no matter who the party nominated. As the primary process descends into the political equivalent of a toxic waste spill, that goal has receded from view. We have been Trumped. Merely keeping the party intact will be a noteworthy accomplishment.

Even the greatest dynasties in pro sports occasionally go through a ‘rebuilding’ phase. Cycles of retirement, injuries, or poor draft choices can lead to a slump. Sometimes the only way to recover is to trade away a few key players and plan to endure several difficult years on the way back to the top.

Republicans are facing just such a rebuilding phase. With no shot at national relevance in the immediate future it would make sense to invest energy in a long term plan.

It isn’t terribly difficult to conjure up the profile of the next Republican President. Our problem is that the party, as currently composed, is incapable of cultivating and eventually nominating such a figure. In order to set down a marker, let’s describe the likely characteristics of that winning candidate.

Former Governor or business figure or both

Of the sixteen current candidates for the nomination, eleven of them have either been a Governor or have never served in office. That’s not an accident.

Under current conditions, deep ties to the party are a virtual disqualification for national office. Almost anyone who has experienced sustained success in the existing party infrastructure would fail to meet the requirements for national political appeal.

If our next GOP President has served in a public office, he will likely have been a Governor. Of all the major offices, Governor demands the least in terms of party involvement and offers the most individual independence. If she isn’t a former Governor she will probably be a business executive of some kind.

From a Northern state

Republican politics in the solidly red states of the South and Mountain West virtually guarantee a dead weight of nationally unpopular positions. Our next Republican President will have mastered the art of being a Republican in an urban, northern environment.

It is inconceivable that the GOP could produce a truly pro-choice nominee at any point in the near future. Our next successful nominee will more or less successfully label himself “pro-life” while keeping his distance from the real pro-life agenda – just like Ronald Reagan*. No one is going to win a national election while embracing the creepy fetishists who parade under eight-foot posters of aborted fetuses. Maintaining a safe distance from anti-abortion enthusiasts while maintaining a veneer of inoffensive pro-lifeishness will be an essential key to success. It will also be the most challenging element of the nominating process.

Our next Republican President will have no interest in homosexuality, school prayer, or any other component of the campaign to legislate white, Protestant Christianity. She will probably have nice things to say about church and God and family, and angels and so on. Meanwhile, religious priorities will appear nowhere on her policy agenda.

Failure to acknowledge these four truths means being as categorically, empirically wrong as it’s possible to be in the otherwise mushy, gray realm of politics:

1) Climate change is real and it is caused primarily by human activity.

3) Abortion is a complex issue because it involves two legitimate liberty interests in conflict with one another.

The next Republican President will openly embrace all of these four inescapable realities.

More concerned about regulation than taxes

Supply side economics is an abject failure. Many wealthy donors like it because it cuts their taxes. Far right conservatives like it because it weakens government. Anyone who actually cares about so-called ‘fiscal conservatism’ has to acknowledge that it has been a train wreck and move on.

Modest variations in the tax rate have no impact on growth. A tax rate, as long as it is stable, predictable, and below a certain confiscatory maximum, is just another cost of doing business. Jiggling it up or down has no effect on anything other than government revenue.

On the other hand, our regulatory and bureaucratic climate has a significant impact on growth. Our next Republican President will care less about tax rates than about tax transparency and cost-effective regulation.

Not frightened by brown people

Our next Republican President will be capable of being surrounded by a black or Hispanic audience without breaking into flop-sweats. Until we nominate a guy who can win 40% of the Hispanic vote and 15-20% of African-Americans, no Republican will enter the White House grounds except as a guest (or perhaps by gliding onto the lawn in an ultralight).

She will campaign intelligently on the South side of Chicago, in Detroit, and in Trenton. She will speak at every major national assembly of the Urban League, the NAACP, and La Raza without condescension or hostility. By doing so, she will break the Blue Wall and win at least two of these five states: Illinois, Connecticut, New Jersey, Michigan or Pennsylvania.

Republicans already have major figures that possess these qualities. GOP Governors in Massachusetts and Illinois match this wish list virtually line by line. However, we probably won’t be able to get someone with this combination of qualities on a Presidential ballot until the Republican Party is capable of producing a lot more of them. One Bruce Rauner is not enough.

Governor Rauner and Governor Baker are rare outliers who emerged in spite of considerable intra-party resistance. Neither of them would stand a shadow of a chance of winning a GOP Presidential nomination under current conditions.

Once we understand the profile of a winning character the next step is to figure out how the party can cultivate them. That’s going to be the hard part.

*President Reagan understood how to recruit pro-life activists without being owned by them. As Governor of California he signed into law the nation’s most liberal pro-choice legislation. Never once did he make a personal appearance at the annual pro-life rally protesting Roe v. Wade. He addressed the rallies by phone, even when they were happening just down the street from the White House. On social issues, especially abortion, Reagan said all the right things while never allowing those issues to intrude on his legislative agenda.

And as a side-note for those who don’t remember, Saint Ronny also caught holy hell from his fellow Republicans for negotiating a landmark treaty with America’s greatest enemy. Just sayin…

About the Author: Chris Ladd is a Texan who is now living in the Chicago area. He is the founder of Building a Better GOP and has served for several years as a Republican Precinct Committeeman in DuPage County, IL, and was active in state and local Republican campaigns in Texas for many years. He currently has a new book out called  The Politics of Crazy: How America Lost Its Mind and What We Can Do About It. 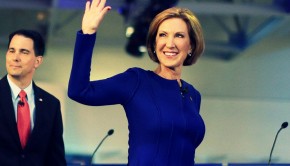 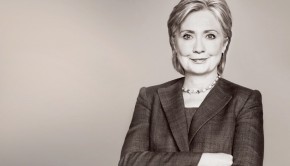 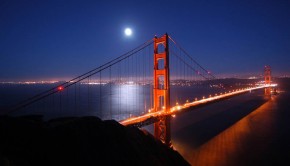 4 Responses to Chris Ladd: Our Next Republican President