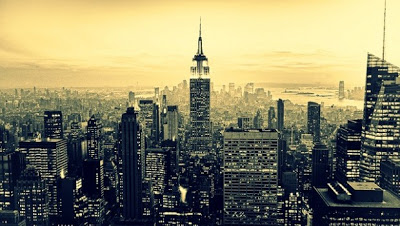 Republicans Can’t Win America if They Lose the Cities

America crossed a remarkable threshold last year when Democrat Bob Filner won the race for Mayor of San Diego. For the first time in the modern era and perhaps the first time since the two major parties took shape, none of the nation’s ten largest cities have a Republican mayor.

It would be tough to find a more pressing symptom of the party’s demographic challenge than the decline of the iconic Republican Mayor. Symbols of pragmatic, sensible leadership, Republican mayors formed a powerful link to the party’s Hamiltonian capitalist roots. Our countryside is continuing to empty as more and more Americans build a life in the city. Rebuilding a competitive urban agenda will be a critical key to building a 21st century GOP.

The decline of the party’s influence in urban areas is particularly shocking for how quickly it has developed. Outside of the machine politics of Boston, Chicago and Philadelphia, Republicans were regularly competitive in most of America’s major cities until the late sixties.

During that decade, cities like Detroit, San Francisco, New York, Dallas, and Los Angeles all had Republican mayors. Beyond the urban core Republicans in all of America’s big cities remained a potent, sometimes unchallenged force in suburban politics until the last few elections.

The party’s shift during the Sixties away from its Hamiltonian capitalist traditions toward a more rural, southern, Jeffersonian agenda began a slow erosion of Republicans’ urban heft. That situation has become critical in the past two decades as the party’s rhetoric has grown more divisive and its ability to enforce ideological discipline has increased.

Republican mayors have a history of independence and distance from the party’s ideologues. The increasingly hostile national agenda has smothered the efforts of urban Republicans to carve out a city-focused appeal.

The Jeffersonian ideals the party has so enthusiastically embraced in the decades since it began its retreat into Greater Dixie are dead on arrival downtown. Life on the streets of a major city exposes serious flaws in a Libertarian-leaning, laissez faire agenda.

No one in Chicago or New York can meet all of their survival needs entirely on their own. Cities are by their nature cooperative, commercial enterprises that cannot survive without effective government. That collaborative energy feeds a commercial environment that generates massive wealth. The knowledge economy needs cities, and cities need infrastructure and administration.

The traditional conservative notion of personal liberty emphasizes the interconnected nature of rights and duties. That older understanding of freedom is the only one that makes sense in the packed, interconnected environment of a city. Downtown, the surly “don’t tread on me” attitude to personal freedom that dominates current Republican thought is a recipe for misery.

What I do with my garbage, my stereo, my dog, or my arsenal of weapons, has an immediate impact on the life, liberty, and happiness of my neighbors. Urban life demands a much more sophisticated understanding of personal liberty than modern Republicans at the national level seem willing to tolerate.

Old world, traditional conservatism is extremely well-suited for urban life, but the southern-fried Jeffersonian model wreaks havoc on the city. Unfortunately, the style of conservatism that our cities so desperately need has no political sponsor in our current environment.

Republicans have retreated into a parallel reality, an insular worldview one can only maintain with very light, carefully mediated contact with the outside world. That kind of limited horizon is almost impossible to sustain in downtown Seattle or Chicago or even Houston.

Democrats, as demonstrated by the struggles of Rahm Immanuel in Chicago, still can’t shake the bonds of 19th century machine politics. Under Democrats, the demands of administration are always subordinate to the need to hand out favors. City taxpayers under Democratic control are living food for an insatiable political patronage machine.

Unfortunately, the national climate has made this almost impossible. A national message tailored for a white, rural or exurban audience and mercilessly policed by ideologues is stifling efforts to promote the party in the city. Urban Republicans want less Jefferson and more Hamilton.

Ideology doesn’t plow the streets or fix potholes. Cities either work or they die. That’s why America’s cities, even cities that consistently voted Democratic at the national level, once cherished their hard-nosed, iconoclastic Republican mayors. And that’s why they seldom elect Republicans anymore.

A looser, more forgiving ideological stance inside the GOP would work wonders for urban America. If the Republican Party could tolerate a wider range of voices then conservatives in the cities could build a more customized appeal with fewer burdens from above. In turn, a new generation of Republicans recruited and fostered in the city could help the party craft a broader appeal for the future.

ABOUT THE AUTHOR: Chris Ladd is a Texan who is now living in the Chicago area. He is the founder of Building a Better GOP and has served for several years as a Republican Precinct Committeeman in DuPage County, IL, and was active in state and local Republican campaigns in Texas for many years. (Email: chrladd AT gmail DOT com)