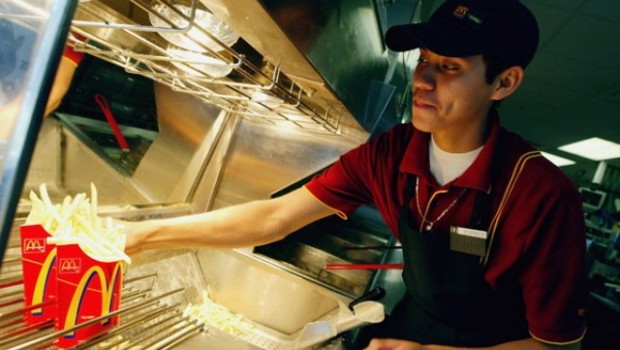 The President’s proposal to raise the minimum wage is as politically clever as it is economically meaningless. The proposal is pointless in practical terms since it can’t become law and wouldn’t help the economy if it did. It is only significant because of what it says about President Obama.

The President is clearly learning how to use Republican dysfunction to his advantage. This gambit invites Republicans to put their most serious weaknesses on display. So far we are giving him what he hoped for and more.

Any Republican response ought to begin by acknowledging the merits of the minimum wage. While it’s true that a wage floor eliminates some jobs, that’s what it is meant to accomplish. In extreme circumstances, people can find themselves without negotiating leverage in the wage market. A wage floor, along with the rest of the social safety net, legislates out of existence certain jobs which are inherently exploitative.

Along the way it incentivizes technological development, supporting careers in fields like computers and robotics which might not exist if the poorest in society could be starved into submission. Eliminating the wage floor entirely would do more than make the poor poorer. It would pull some of the momentum out of higher-paid industries, sucking wages downward for everyone.

While a minimum wage serves a purpose, it needs to be handled with care. An increase in the minimum wage moves the range of available careers higher up the value scale. However, if we shift it too far then lower-skill workers begin to suffer, seeing the opportunities to launch careers fade.

For example, if the minimum wage were hiked to $20/hour, then the window of available careers will no longer include, as an example, the McDonalds restaurant. McDonalds might still provide drive-through service, but they could not afford to pay humans to do the work. Such a high minimum wage might make fast-food automation economically viable eliminating millions of entry-level jobs.

Perhaps your Big Mac would be cooked and served by a mostly-automated restaurant. Your meal would cost a bit more and you might be less likely to get ‘screwed at the drive-through,’ but such a high wage floor could eliminate the entire concept of student employment and make unskilled work almost entirely redundant.

It makes sense to hike the minimum wage significantly if the mass availability of desperate workers is causing technology investment to lag. However, that is the opposite of what we are experiencing. Rapidly accelerating technical advances have created a long-term paradigm shift away from manual labor.

This has spawned twin problems, a frustrating talent drought in knowledge careers (unemployment for IT professionals is around 3%) and vast structural unemployment in less skilled jobs. Raising the minimum wage by a meaningful margin would exacerbate both problems at the same time.

The modest increase Obama is proposing is probably too small to have any effect at all beyond its political value. According the Labor Department, in 2011 about 2% of American workers earned at or below the minimum wage. Most of them were under 25 and white. A tiny minority (3%) of hourly workers over 25 earn at or below the minimum wage. The wage floor does little more than determine how many summer jobs the economy will support. That’s why there is little difference in the unemployment rates between states with a higher minimum wage and those that stick with the Federal rate. Our economy has developed to the point that the minimum wage is largely irrelevant.

The wage floor has no relationship to the most serious problem affecting low earners – our systemic failure to prepare workers to meet the exploding demand for technical fields. It takes years to prepare workers for knowledge careers. Those jobs are going unfilled and businesses are doing their best to adapt to the labor drought.  All told, Obama’s proposal would probably eliminate a few thousand student jobs while doing nothing about our core problems. Democrats are once again using the working poor as a backdrop for campaign photos.

And Republicans can’t do anything about it.

This would be the perfect moment for Republicans to unveil a rational, realistic program to address the collapse in upward mobility among the working poor and minorities. We can’t do that because we don’t have one.  We cannot develop sensible responses to real world issues while locked in an ideological fantasyland in which every problem is solved by cutting taxes, deporting Mexicans or humiliating pregnant teenagers. Jack Kemp is gone and no one has yet emerged with the courage or insight to continue his legacy.

So, the gambit will probably succeed. President Obama and the Democrats are positioned to score a few more political points while struggling Americans languish. For Republicans, it’s yet another opportunity missed.