But there was another side to Kemp, a self-described “bleeding-heart conservative” who preached the gospel of upward mobility, economic opportunity, cultural diversity and racial justice. This Kemp personified the big-tent Republicanism that has gone into hibernation in the Obama years and that some Republicans think is crucial to the party’s success in the 2016 presidential election, when voters will want to hear a more positive message.

It is one thing, of course, to emphasize reaching beyond the Republican base, and quite another to connect with other voters, which Kemp was successful in doing. “I watched him interact in poor communities with so clearly a love of people, and a fierce idea of equality,” said Senator Cory A. Booker of New Jersey, a Democratic protégé of Kemp’s, in an interview last week, recalling how Kemp’s “compassion, engagement and comfort” shone through when he talked to African-Americans and Latinos. 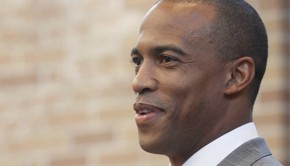 There’s a rising star in Texas, and it’s not Wendy Davis or Ted Cruz. →