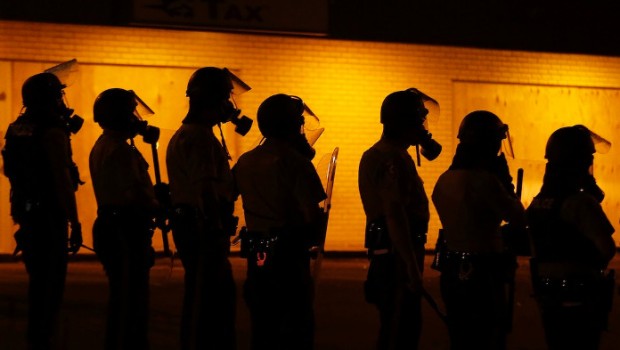 The angry protests in Ferguson are the natural consequence of decades of frustration that black communities across America have been harboring due to abusive policing. It is intellectually dishonest to try to address the issue of negative attitudes among blacks towards the police without first addressing the underlying concerns black citizens have about law enforcement.

Michael Brown, an 18-year-old who was a few days away from starting college, was shot and killed by police officer Darren Wilson in Ferguson, Missouri—a region with a prominent African-American population. The circumstances surrounding his death are still unclear; however, eyewitnesses have said that Michael Brown had his hands in the air when he was shot dead. As a result of the killing of Michael Brown, the city of Ferguson has been in uproar, and the anti-police sentiment is palpable. While most of the protesters have been peaceful, there have been some opportunists who used the disarray as an opportunity to steal from stores throughout the neighborhood. Of course, those who revel in presenting the worst images of black America have obsessively focused on the looting—as if the looting by some makes Brown’s death justifiable.

The angry protests in Ferguson are the natural consequence of decades of frustration that black communities across America have been harboring due to abusive policing. It is intellectually dishonest to try to address the issue of negative attitudes among blacks towards the police without first addressing the underlying concerns black citizens have about law enforcement. Fundamentally, the reason why negative attitudes about police exist is precisely because of policing practices and policies that fail to recognize and respect the humanity of black citizens. It is nonsensical to continue a policy like stop-and-frisk that casually violates the Fourth Amendment rights of young black citizens of the United States—and then wonder why many young black citizens have a negative view of the police. Moreover, keeping violent and heartless officers on the streets and trusting them to ethically police communities that they are culturally disconnected from is a recipe for disastrous social conflict.

While many are quick to point out the moral reprehensibility of supporting cop killers, those same people are reluctant to repudiate the actions of even the most corrupt and violent police officers. Support for cop killers and support for corrupt, murderous officers are both morally reprehensible actions; however, it is indisputably true that the culture of loathing law enforcement—which, in its most vicious form, is evidenced by killing police officers—is an outgrowth of the years of brutality that black people have experienced at the hands of violent police officers. Again, although both are unmistakably evil, it is important to acknowledge that one evil precipitates the other.

One of the most popular refrains whenever a black man is unjustly killed by a white police officer is, “Most murders of black people are committed by other blacks. Why do we only care when it’s a white-on-black murder?” One cannot help but notice that the intent of this line is not to demonstrate any concern for the loss of black life. The fundamental concern of those who gleefully repeat this incantation is the exoneration of whites who kill blacks. Those who repeat this line demonstrate a deep sociopathic callousness that only a thorough dehumanization of blacks can engender. Imagine if blacks routinely responded to the deaths of white police officers at the hands of black cop killers by saying, “Most murders of white people are committed by other whites. Why do we only care when it’s black-on-white murder?” If that rhetorical question sounds weird to you, but the former rhetorical question about black-on-black crime is simply an inoffensive run-of-the-mill comment, perhaps you need to check your soul.

It is not only black people who should engage in vociferous protestations against police brutality and extrajudicial killings of young black men, but it should also be true believers in the rule of law. Even if it turns out that Michael Brown was guilty of a robbery, as some suggest, by what logic can believers in the rule of law argue that he deserved to be assassinated in the middle of the street without being afforded his constitutional right to a trial by jury? Are we now supposed to believe that the Sixth Amendment to the United States Constitution does not apply to young black males in 21st century America? It is either one supports the rule of law or one does not. The fact that the majority of mainstream conservatives could not care less about the glaring constitutional issues vis-à-vis the shooting death of Michael Brown demonstrates the intellectual and moral bankruptcy of the mainstream conservative movement.

The black disdain for the police is an outgrowth of the abuse of blacks by the police. Policing is both important and necessary, but when evil police officers abuse their positions of power and victimize black people, it leads to a segment of the population having distrust and hatred for a vital institution that, when properly utilized, should lead to improved lived experiences of African Americans. Those who believe in the inextricably important role that judicious police officers play in maintaining a peaceful society should be most perturbed and outraged whenever any police officer acts in manifestly extrajudicial and terroristic fashions. 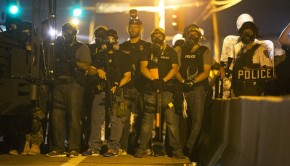 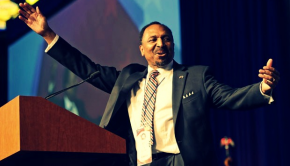 3 Responses to Michael Brown, Ferguson, and Black Attitudes to Policing