Ask a 20-year old how to get rich, says Keith Campbell, and they will likely give you three answers: “I can either be famous on reality TV, or I can go start a dot-com company and sell it to Google in about a week, or I can go work for Goldman Sachs and just steal money from old people.”

Today the idea of instant gratification rightly faces a tough audience. Reward without effort closely resembles the entitlement culture of expectation minus responsibility found not just with young people.

In criticising instant gratification, however, it becomes easy to blame two key pillars of Western success – technology and capitalism. Paul Roberts, for example, in his recent book Instant Gratification records the downsides of coping “with a consumer culture almost too good at giving us what we want” – self-centeredness, short-termism, hyper-customisation and violating social norms like “taking calls in theaters or posting videos of others’ misfortunes.”

Roberts traces these setbacks to the rise in modern corporate capitalism. This, he says, emerged as companies recovered from the stagnancy of the 1970s through “cutting taxes and regulations, and thereby allowing the efficiencies of the marketplace to find the most direct route back to wealth.”

Rejuvenated commitments to efficiency and profit entered the 1980s and joined ranks with the microprocessor, speeding up the march to consumer satisfaction. Bringing a vehicle from conception to the showroom floor, for example, now took 18 months instead of four years. Doubling computer speeds and halving costs – otherwise known as Moore’s Law – have clearly made instant upgrades, iPhones and widgets much easier but so many other things cheaper.

Instant gratification, Roberts concludes, is thus a “consequence not of our failures but of our extraordinary successes.” So how does one make sense of this all? In one direction it appears the charges of mass consumption and short-termism are true but, at the same time, our progress seems tied to it.

Interestingly Robert Menzies – Australia’s longest-serving Prime Minister – made similar observations to Roberts prior to the fusion of microprocessors and corporate capitalism. Reflecting in his 1967 memoir Afternoon Light Menzies wrote that, “The scramble for individual wealth and prosperity will go on with all its accompaniments of selfishness. The short view, the demand for immediate and increasing personal benefits, will place great obstacles in the way of statesmanship and the steady march of civilization.”

Menzies seemingly understood that instant gratification is peripheral to the host of other values that liberty and private enterprise inspires. “We have learned that true rising standards of living,” he wrote in the same memoir, “are the product of progressive enterprise, the acceptance of risks, the encouragement of adventure, the prospect of rewards.” Not only does our “social progress” depend on these social traits, Menzies observed, but on economic values like “thrift and saving, investment and reward.”

Menzies, like many others before him, understood that a great deal of capitalism is ‘give’ rather than ‘take’. In 1704 Samuel Ricard, for example, observed that honesty, manners, prudence, reservation and exhibiting decency and seriousness were key elements to be considered a serious player in the world of commerce. In more recent times John Bogle, founder of Vanguard, speaks of integrity, virtue, trust, reciprocity, prudence, responsibility as the true values of capitalism over the short run considerations of wealth, fame and power. It is hard to see Menzies disagreeing.

Even in technology – an area that many see as a runaway train – we also see room for personal responsibility. Not all instant upgrades, for example, need to be accepted. Nor is one constantly obliged to email in meetings. As the late Neil Postman, one who had to constantly fend off the term ‘luddite’, observed “We need technology to live, as we need food to live. But, of course, if we eat too much food, or eat food that has no nutritional value, or eat food that is infected with disease, we turn a means of survival into its opposite.”

My thoughts are we should not be entirely alarmed about instant gratification. For each act of selfishness or short-termism there are a whole series of capitalist or economic values that do not catapult into public perception but are there working beneath the surface. This is not to excuse such acts but recognise that capitalism and technology will not always produce the idealistic picture many are after. 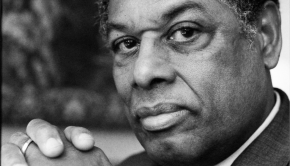 Sean Jacobs: A Bit of Sowell →

One Response to Adapting to an Age of Global Wealth