Of the many bizarre delusions that have overwhelmed the Republican grassroots in recent years, none may be a greater obstacle to policy making than the Makers/Takers myth – the arrogant notion that a few God-loving, hard-working people are underwriting the sloth of the 47%. The absurdity of this corrosive myth is most blatantly obvious in the “reddest” regions of America – farm country.

This dissonance is playing out in full view as Congress battles toward passage of a farm bill. Republican Congressmen are pushing $40bn in cuts to food aid for the poor while protecting billions of dollars in taxpayer handouts to farmers and agribusiness.

Perhaps nowhere can you find more passionate opposition to the devious schemes of “socialists” than in our rural countryside. Yet, no aspect of American life more closely resembles Soviet central planning than agriculture. Apart from a few survivalists in the hills, practically no one in our era who actually earns a living from agriculture is standing on their own two feet.

Every aspect of the farm economy is impacted by central planning. Prices are set through a complex, government-controlled mechanism. Much of the “means of production,” especially in ranching, is government owned. Distribution channels are cooperatively organized. Failure in farming is publicly insured. Entire growing regions owe their continued survival to protective tariffs, subsidies, and direct government payments. The last honest to goodness Communists left in the world live in America’s reddest counties.

The recipients of this government money are some of the fiercest critics of the welfare state.  Michelle Bachmann, who apparently is some sort of farmer, has received agricultural welfare stretching into six figures. This year 15 Congressmen are receiving welfare payments through the farm program. All but four are millionaires.

One of them, gospel singer and Tea Party “patriot” Steven Fincher from Tennessee has received more than $3m in government handouts. Find me a welfare queen who’s sucked a million dollars from the Federal teat and I’ll take you for a ride on their tractor.

So why do Republicans vigorously protect our system of rural Communism while suggesting that food stamp recipients are moochers? Because we are very, very confused about our ideology.

There might be one other very minor reason why Republicans protect farm welfare while trying to destroy it elsewhere. About 2% of Americans live on a farm. Of that number, about 1% of them are black. Hard-working farmers like Michele Bachmann are “earning” their welfare. Food stamp recipients are lazy moochers.

Our system of farm subsidies doesn’t end at the Federal level. The most glaring welfare fraud in the US is the supposed “agriculture exception” to property taxes. Hard working farmers like Malcolm Forbes and Jon Bon Jovi benefit from generous agriculture tax exemptions that help support their embattled rural lifestyle. Bruce Springsteen is a farmer like I’m an astronaut, but his welfare fraud is entirely legal.

Basically, urban residents, especially in small towns, pay exponentially higher property taxes to fund roads, buses, schools, utilities and other infrastructure enjoyed by higher-earning, often absentee large land-holders. Money is redistributed from the cities, where the overwhelming majority of it is earned, to support retirement and vacation properties in the countryside. You know, “farms.”

It’s important to realize the farm program is probably, for the most part, a good idea with a strong tradition of Republican support. The current structure was established  under Nixon to confront a serious food shortage. It was then reinforced under Reagan. By spreading farming risks broadly across society, the farm system has actually held down costs while increasing production. Absent subsidies, efficiency might increase, but it would be accompanied by much higher volatility and even further corporate consolidation of the food industry.

Carefully limited government intervention in agriculture markets helps protect public health. It holds down food prices. It reduces the risk of catastrophic shortages and it protects the last vestiges of a way of life that many of us treasure. In short, down on the farm Republicans are confronted with the fact that markets, for all their power, are not perfect. Somehow we are okay with that idea until someone tries to bring it to town.

Republicans in the 21st Century should be the force that protects the power of markets not by crippling government, but by making it work in a more sensible and pragmatic manner. While Democrats concoct ever more complex and convoluted schemes that burden commerce, Republicans have a role in play in making sound regulation work and protecting the engine of business from pointless tinkering. Our future will not be defined by pitting middle income workers against the poor. A Republican future will be based on a recognition that everyone benefits from a healthy, intelligently-regulated business climate, buffered by a strong social safety net.

No one is truly independent of government. Our positions on entitlements, the social safety net, and planning for our fiscal future will make a lot more sense when we abandon crude efforts to distinguish my healthy, well-deserved government largesse from your shiftless dependency. 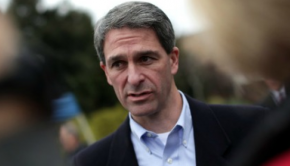 One Response to Makers, Takers and Rural Republican Communists