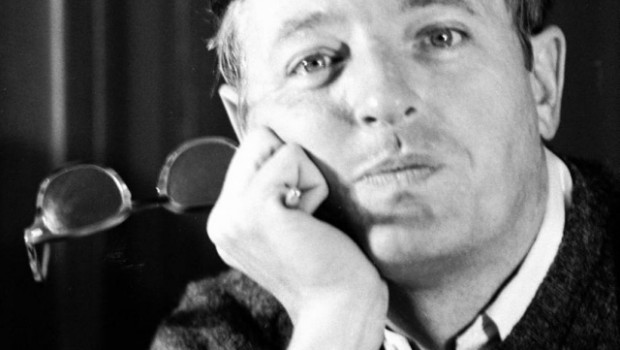 William F. Buckley, Jr. did little to attract blacks to the GOP, and the effect of this neglect shows.

William F. Buckley Jr. stares down at me from a giant poster I made to add a little conservative life to the bone white walls of my office. Beside him, in the poster, reads a quote from “The Conscience of a Conservative,” the book that he ghostwrote with L. Brent Bozell Jr. in 1960. When co-workers and visitors confront the 3 by 5 foot image; they crane their necks back, read the quote, look at Buckley’s wrinkled face and ask, “Who is that?”

Intrigued that I profess to having a hero in a time when deconstruction reduces great men and women to irredeemable monsters, I’m often asked why I so revere Mr. Buckley. I always relish the opportunity  to rattle off the short list of Buckley’s impressive works:

In 1955, when conservative media did not exist, Buckley started National Review magazine, a publication that still exists as one of, if not the, most influential among conservatives. Eleven years later, Buckley started “Firing Line,” the longest running public affairs television program with a single host in American history. Both endeavors codified conservative ideology and brought it into the mainstream political conversation. During this time, too, Buckley courted libertarians and fused them with traditional conservatives, hinging the union on a shared commitment to free market economics and a mutual disdain for communism. A profound and prolific author, Buckley’s polysyllabic writings intellectualized a movement largely defined by its populist appeal. In effect, Buckley made space for intellectuals within political conservatism, so that affirming conservative ideology did not affect one’s respectability.

Intellectualizing conservatism represented an important move, because it added authority to the movement and to its ideas. This became important when Buckley worked to marginalize the John Birch Society and anti-Semites, expelling them from conservatism. After this purge, one could not be a respected conservative and either hate Jews or traffic in wild communist conspiracy theories. Today, the conservative movement benefits from the many Jewish voices that Buckley’s efforts welcomed. Jennifer Rubin, Michael Medved, Charles Krauthammer and many others enrich political debate and make conservatism stronger.

Understanding that these accomplishments make up only part of Buckley’s short list of accomplishments makes it easier to believe his tongue in cheek claim that his singular lacuna was baseball. Indeed, however, there was another, much more important, blind spot in Buckley’s construction of the conservative movement. What he had done for Jews, Buckley did not for blacks.

President Harry Truman, integrating the military, cracked the door for blacks to leave the Republican Party and begin trickling left. Still, though, many blacks voted for Republicans and stood for conservative causes. When Republican presidential candidate, Barry Goldwater voted against the Civil Rights Act of 1964, blacks believed that the GOP had abandoned them at a crucial moment in the civil rights struggle. Though more Democrats voted against the Civil Rights Act (117) than did Republicans (40), the Republican standard bearer joined the dissenters. This move sent a message to blacks and to enemies of civil rights.

This pivotal moment changed American politics dramatically. Whether or not Mr. Buckley, himself closely tied to Goldwater, recognized or cared about this trend remains unclear. Regardless, though, he did nothing to address it. In fact, his own tone deaf comments on segregation, South African apartheid, and the federal government’s proper role in addressing civil rights for blacks further alienated the GOP’s first constituents. Before his death in 2008, Buckley expressed regret and admitted short-sightedness on these issues. The damage to the conservative movement, though, had been done and some of the effects of Buckley’s oversight still haunt the GOP by way of some odd associations.

In 2014, news broke that Republican House majority whip, Steve Scalise addressed a white supremacist group founded by David Duke. Duke is the former grand wizard of the Ku Klux Klan who started the European-American Unity and Rights Organization (EURO). Scalise denounced EURO and claimed that he only attended the event by accident:

“I didn’t know who all of these groups were…I had one person that was working for me. When someone called and asked me to speak, I would go.”

Last month, after Dylann Roof killed 9 black churchgoers in Charleston, South Carolina, an investigation uncovered that he found motivation from a white supremacist organization called the Council of Conservative Citizens (CCC). Earl Holt III, the council president, donated to many Republicans including 4 presidential candidates. Among the CCC’s statement of principles are vows to help the American people and government “remain European in…composition and character,” to “oppose all efforts to mix the races,” and to protect “the European-American heritage, including the heritage of the Southern people” from “the integration of the races.” In the 1990s, Senators Trent Lott and Haley Barbour addressed the CCC, as did Governor Mike Huckabee.

Had Buckley’s efforts in the formative years of the political conservative movement focused more squarely on attracting and retaining blacks, Scalise’s campaign manager may never have had ties to EURO in the first place. Neither would CCC have thought it advantageous to its cause to support Republican candidates (note: some of the candidates CCC supported are non-white). Racists would have been politically isolated, relegated to the backroom with anti-Semites and Birchers.

So where does that leave us now?

Buckley is still my hero in spite of his flaws. Besides, to lay the conservative movement’s race problems squarely at his feet would be unjust. That said, what we learn from his oversight should help us move forward with improving our relationship with blacks. Republicans should not be satisfied in our own proclamations that we are not racist when our party serves as a refuge for racists. My hero, were he able to rectify his mistakes, would focus on tone. He would promote black conservative writers and thinkers. He would align the conservative cause with black advancement. He would do all of this with the joy and brilliance and flair that he did whenever he did anything at all.

The conservative movement indeed has a lacuna. The man who helped create it can also help us rectify it.

About the Author: Joseph Hunter is a conservative writer from Chicago who blogs at Black and Red. You can follow him on twitter @blkandred.