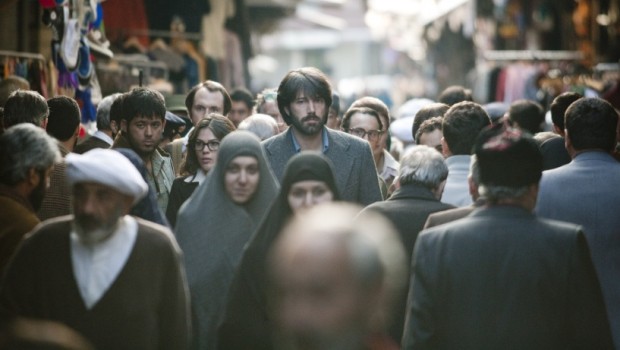 Is Benghazi the President’s ‘Argo’

Thirty-three years ago in Tehran, the world witnessed a historical episode that traumatized both the nation and then President Jimmy Carter for months into the 1980 Presidential election. For 444 days American hostages were held in captivity at the Tehran Embassy, with six staffers secretly escaping from Iranian extremists influence. Recently  film “Argo” opened in theaters, depicting the lives of six embassy staff workers and their brave escape from a Canadian residence in Tehran, with the help of a covert C.I.A mission.

Although this heroic event is on the edge of the memories of those survivors involved, for independent middle aged voters, this event is direct reminder of the current foreign state of affairs in Benghazi. The staffers return was a rare bright occasion for the nation during a time when the nation worried that all 52 hostages could eventually be executed if President Carter’s diplomacy failed. The Iran crisis is still a sad point in American history, perhaps not something many Americans would care to remember.

Hollywood’s influence in this great escape made for a great Hollywood story with six fake Canadian scouts searching for a location for a sci-fi film set, resulted in one of the most covert rescue missions in American history. The film also portrayed the socio-economic feelings of the 1970’s, including a failing economy, the rise  of OPEC, the end sideburns,  black-and-white television, and the youthful appearances of Ted Koppel, David Brinkley and President Jimmy Carter. For three decades the former hostages have tried to collect financial damages from the country of Iran, to be paid from money frozen in past bank accounts in 1980.

Unfortunately, the 52 American hostages and the six staff members are forbidden to collect any damages as made under the Algiers Accords, the agreement that freed the hostages in 1981, which if interfered would become more difficult to conduct foreign policy. The film has recently sparked similarities on the hazards surrounding diplomacy in the wake of the recent September attacks on the American embassy in Benghazi, Libya. Unfortunately, the Libya attacks resulted in the death of a United States Ambassador and four staff members. On the brink of the November elections, President Obama was ridiculed by critics that he failed to respond to the recent attacks calling them ‘terrorist attacks’.

The Presidents claim during the recent debates is that he quickly labeled the attack on the U.S. Embassy in Libya as “acts of terror”, but stating, that no act of terror will ever shake the resolve of this great nation. It appears that in the final days of the November elections, the administration is simply trying to re-write history on the events leading up to the Libya attacks, resulting in the death of Ambassador Chris Stevens, who is recorded to have requested additional security months prior.

These similar requests were made during the Iran hostage crisis in the late 1970’s, which cost President Jimmy Carter his Presidency.  Imagine if President Carter denied calling the Iran hostage crisis, ‘a terrorist attack’, and suggested that 444 days of failed diplomacy in Iran were simply just “acts,” during at a time when the world monitored the lives of 52 Americans.

ABOUT THE AUTHOR: Brandon Brice is a graduate of Howard University, Rutgers University’s Graduate Eagleton Institute of Politics and is currently pursuing his studies at Columbia University.

Oh, Canada! Why Republicans Should Look To Canada to Solve Branding Problem → 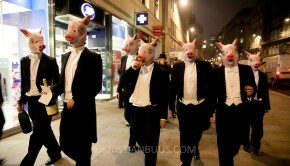