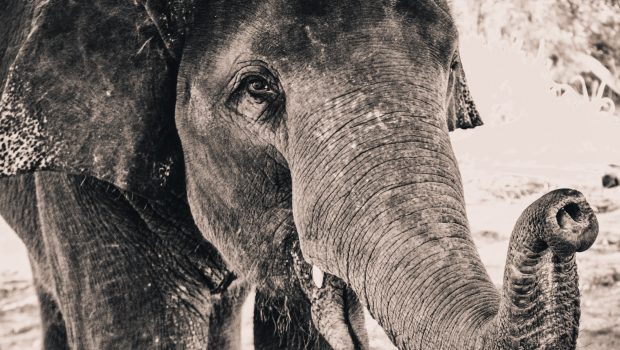 How the GOP will change after Trump

How much will the Republican Party change after the Trumpocalypse? Zero. Nada. None at all.

Leaders at every level have signaled that white nationalism is now acceptable in the Party of Lincoln. From Paul Ryan to Scott Walker to Marco Rubio, senior figures have confirmed that tax cuts are a higher priority on the Republican agenda than basic human rights and civil liberties.

No one can unring that bell.

Many Republicans fantasize that after Trump’s defeat the party will execute a miraculous “pivot,” restoring sanity and regaining some semblance of relevance. Unfortunately, our embrace of racist groups will dictate the party’s short, grim future. A change of direction is impossible because all of the party’s feedback mechanisms have been systematically dismantled.

The Politics of Crazy has eroded the social capital institutions that once blunted the influence of dumb ideas and daffy candidates. A conservative entertainment complex has destroyed any means by which Republican voters might confront dissonant information. Whatever organizational structure the party once enjoyed has been replaced by a vampire squid of grift, a matrix of interconnected cons funneling contributions down a bottomless hole.

Very few of the people who built this mess have any stake in the outcome. If RNC Chairman Reince Priebus fails to retain his position next year, he’ll leave the worst job on the planet to quadruple his income (at least) with a fat position on K street. For Laura Ingraham, Rush Limbaugh, Ann Coulter and the rest of the conservative entertainment complex, the show will go on without pausing to apologize. The same people who bought tickets to see Dinesh D’Souza’s 2016: Obama’s America will fork over more cash for next year’s low-budget sequel. Nobody pays for getting it wrong.

With the party stripped of feedback mechanisms, Trump’s defeat will do nothing to interrupt the GOP’s decline. The kind of people who think climate change is a hoax aren’t going to reconsider their life choices just because some guy lost an election.

The Reagan coalition is dead, but the remaining members can’t smell the corpse. They don’t understand why their rhetoric falls flat. They have no idea why younger voters have rejected them. They can’t comprehend why their policies are failing in the places that have adopted them. Most of all, they refuse to rethink the positions and rhetoric that have driven non-white voters from the party.

After November, Republican leadership will pretend that Trump was some kind of anomaly, an act of God like a hurricane or earthquake. There will be so-called “reforms.” Fresh slogans will be spray-painted over the same flaming dumpster. Smiling, cooperative, “well-spoken” black people will be paraded on stage at Republican events all over the country. No effort to soften the party’s tone will change the fact that 70% of Republican primary voters supported either Donald Trump or Ted Cruz in 2016. Those voters aren’t going to get smarter overnight. They aren’t going to reflect on their choices. And they aren’t going away.

Absent a fundamental reconstruction of the party it will never again nominate a competitive candidate for President. That reconstruction isn’t coming anytime soon, because there are no forces in the party capable of delivering it.

What does this mean for the party’s future?

The party’s shift toward a more open white nationalism is a terminal event that will play out across the next four years. Big losses in 2016 will probably be tempered somewhat by a fleeting recovery in 2018. Forces that boost Republicans in off-year races remain at work, though they continue to weaken. A few wins in 2018 will not be enough to staunch the bleeding.

By 2020 the demographic forces that have driven the party out of contention nationally will be impossible to ignore. That will be the first election in which a significant number of millennials have hit the real voting age – 35 – the age at which people start to participate reliably in politics. In the next Presidential election millennials will be nearly 40% of eligible voters. Beyond 2020 they will completely dominate our politics.

Their coming of age will coincide with the emergence of a massive younger wave of Hispanic voters, far more politically engaged than their parents. These two forces are the hammer and anvil waiting to crush the weakened remnants of the GOP. Their arrival in serious numbers will finally break the party’s state and local successes in nominally red states that have large urban areas.

Whatever talk show host or religious fanatic the GOP nominates in 2020 will enter the race polling just ahead of the Libertarians and Greens. If that sounds unlikely, take a look at Trump’s current polling in Utah and New York. The future is now.

At this point there’s only one thing that can rescue the Republican Party – the Democratic Party. In this political climate, a Democratic coalition large enough to win 55% of the vote in a Presidential election is too large to be structurally sound.

There’s reason to believe that Democrats might suffer their own Politics of Crazy-style disaster. In 2016 Democrats came very close to nominating the left’s version of Ron Paul. Based on that 2016 close call, 2020 could be rocky. Larger social, economic, and political forces that have overwhelmed the Republican Party may be just one or two cycles away from ruining the Democrats.

Barring such a failure by Democrats in 2020, a Republican implosion will trigger a powerful and potentially destabilizing scramble to occupy the second spot in our two-party system. How that plays out is impossible to predict. We can be sure though that Trump’s defeat will not change the Republican Party’s trajectory. No advice or warnings will be heard. It’s too late now to take this train off the tracks.

Chris Ladd: All lives will matter →

Chris Ladd: Ending the era of the “job” →