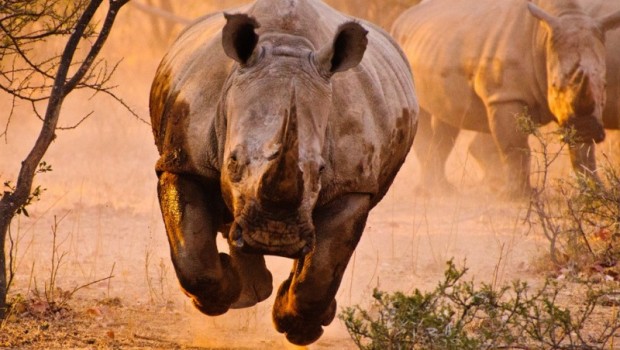 Joseph Hunter: How Real RINOs Threaten to Ruin the GOP

However much we tell ourselves that voting in the Republican primary is light years away, the polling remains stubbornly depressing. Month after month, Donald Trump sits high atop “the best candidates the GOP has ever fielded.” Trump’s most ardent supporters argue that he enjoys this success because he is a “true conservative”–tough, decisive, honest. By contrast, Trump’s opponents are RINOs (Republicans in Name Only)–the “go along to get along” gang. Real Republicans, according to this group, are conservative to their core, people like Mitt Romney (in 2008, not 2012) and Rick Santorum (in 2012, not 2016). The only other “true conservative” running for the 2016 GOP nomination is Senator Ted Cruz, the firebrand who stood up to the John Boehner-Mitch McConnell “establishment wing” of the Republican Party by petulantly leading charges to shut down the federal government whenever he didn’t get his way.

Talk radio host, Hugh Hewitt, notes that “Frank Luntz…says he believes that the Trump voters are as solid as voters can be and that those committed to Cruz are just a touch less devoted.” These supporters, Hewitt calls “True Believers.”

Trump and Cruz “True Believers” support their respective candidates out of a sense that conservatism is under attack as much from liberals outside the party as from liberals inside the GOP–RINOs. Ironically, though, both Donald Trump and Ted Cruz fit the original definition of RINOs. For this reason, chief among others, most Republican voters do not trust them.

Phil Edwards writes a fascinating article for Vox describing a brief history of the term RINO as a pejorative. In it, he notes that its roots refer to the classical definition of republican (small “r”). Originally, the term referred to people and “governments that claimed to be representative, but were actually autocratic.”

In this sense, Cruz and Trump fit the bill perfectly. Senator Cruz, for example, crafted his image by leading the charge to shut down the federal government to protest Obamacare. Even though funds for Obamacare had already been appropriated, and the legislation came into being because the American people elected Democrats to represent them, Cruz used the Senate (futilely, but in an autocratic manner) to derail legislation that he opposed.

If not for Senate Majority Leader, Mitch McConnell’s clever strategizing; and the Senate’s bipartisan exasperation with the obstreperous Cruz; Cruz would have shut the government down again to protest Planned Parenthood funding, and the Iran Nuclear Deal. Using what essentially amounts to one-sixth of the federal government, to override the will of the people as expressed through elections, to impose the will of a minority, represents an autocratic impulse–not a republican one.

Circumstances protect Mr. Cruz from being the biggest RINO running for president this cycle. He likely would have been the most despised Republican running for president if not for Donald Trump–a blathering, uncouth, empty-headed, showboat. Examining Trump’s anti-republican impulses requires a survey of his statements rather than his political actions, as Trump has never held political office.

In his announcement speech, Trump promised to use the power of the federal government to coerce businesses to do his bidding, much like Republicans decry Democrats for doing.

“I would call up the head of Ford, who I know. If I was president, I’d say, ‘Congratulations. I understand that you’re building a nice $2.5 billion car factory in Mexico and that you’re going to take your cars and sell them to the United States…’ So I would say, ‘Congratulations. That’s the good news. Let me give you the bad news. Every car and every truck and every part manufactured in this plant that comes across the border, we’re going to charge you a 35-percent tax, and that tax is going to be paid simultaneously with the transaction, and that’s it.”

“He should not be allowed on TV and the FCC should fine him,” Trump tweeted.

If a Democrat prescribed the federal government to fine a journalist who voiced a political disagreement, conservatives would rightfully cry ‘foul.’

On the subject of the Syrian refugees, Mr. Trump promised to autocratically forego immigration laws and rules regarding asylum seekers.

“I’m putting the people on notice that are coming here from Syria as part of this mass migration, that if I win, if I win, they’re going back.”

Today, the term RINO refers to what used to be known as “Me too Republicans.” In this regard, RINO is a silly term that serves to stifle debate more than to accurately describe living, breathing Republicans. The GOP enjoys more solidarity on issues than it ever has, and the only real differences we face concern tactics and priorities. In the meantime, though, there are those who wish to divide the party with this scurrilous slur–RINO. Ironically, they, and their “True Believers,” best fit the description of a RINO, and their autocratic impulses threaten the legitimacy of republican philosophy.