Any upwardly mobile black American can tell you that to succeed, we must be twice as good as our competitors. That’s because historically, the very institutions that worked as gatekeepers to certain avenues of success worked especially hard at discriminating against us. Successful blacks recognize discrimination, swim upstream against it, and achieve in spite of it. Unsuccessful blacks too often use injustice as an excuse for underperformance and bad choices. While both groups may openly castigate this discrimination, one group acts, while the other simply complains. What does this have to do with the CNBC Republican Debate, you might ask.

By every measure, the CNBC hosts conducted an awful debate: John Harwood snidely asked Donald Trump if he was running “a comic book version of a presidential campaign.” He also sarcastically asked Carly Fiorina, who, like the rest of her Republican competitors, wants to greatly simplify the tax code, if she intended to shorten the tax code by “using really small type.” Carl Quintanilla badgered Marco Rubio for missing votes, asking, “do you hate your job?”

The moderators’ disrespect and contempt for conservative Republicans oozed through in every exchange–so much so, that the audience frequently booed them.

Compare this treatment to that which the Democrats receive on a regular basis. When did Anderson Cooper, in the CNN debate, ask if Bernie Sanders was running a “comic book campaign?” Did anyone challenge the math behind any of the Democrats’ tax plans or schemes to provide health care and college for “free?” Is Marco Rubio more ambitious than Hillary Clinton? Quintanilla challenged the premise of Rubio’s candidacy, asking if he was seeking higher office simply to placate an unchecked ego. How would Mrs. Clinton answer that question? We’ll never know.

In the liberal vernacular of race relations, this phenomenon is called white privilege. The idea is, whites enjoy less scrutiny and benefit disproportionately from favorable treatment. Blacks who decry white privilege are shouted down, told they are imagining things, or are simply ignored. Nevertheless, the results of privilege manifest themselves plainly, and to overcome this obstacle, blacks must work extra hard.

Similarly, Democrats benefit from institutionalized privilege. Carly Fiorina faces tough scrutiny for her time manning the helm of HP during an economic downturn, while Hillary Clinton earns lavish praise for the easier task of winning a Senate seat in liberal New York. Acclaimed neurosurgeon, Ben Carson, parries relentless media attacks on his intelligence, while Bernie Sanders receives no questioning about his honeymoon to the Soviet Union–a nation that worked to murder Americans as it had so many of its own people.

Without a doubt, media scrutiny represents the greatest struggle a candidate must overcome to achieve political success. In a free society, such should be the case. In this free society, one political party enjoys a pass–liberal privilege. Ask the gatekeepers, like Eric Altermann, about liberal media privilege, and they hedge and obfuscate and insist that discrimination is in the eye of the beholder.

So be it, bigots.

Republican, Booker T. Washington, famously writes in “Up from Slavery” that “success is to be measured not so much by the position that one has reached in life as by the obstacles which he has overcome while trying to succeed.” Americans instinctively know the truth in this timeless statement. Republicans should, therefore, keep this in mind as we move forward. While the media works, as Rubio puts it, as the Democrats’ Super PAC, we cannot forget that a Republican president will be facing this very same hostile liberal media while in office. Simply complaining about discrimination, rather than working to succeed in spite of it is a recipe for defeat and victimization. Instead, I urge Republicans to rest assured that as we weather these storms of media discrimination, our nominee will be that much stronger than the Democrats’, because he or she will have had to work twice as hard.

I offer these words of encouragement to the Republican Party that freed my ancestors, allowing me, and other upwardly mobile blacks, to succeed in spite of adversity. 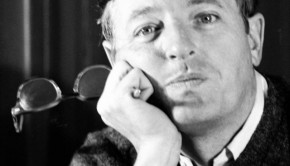