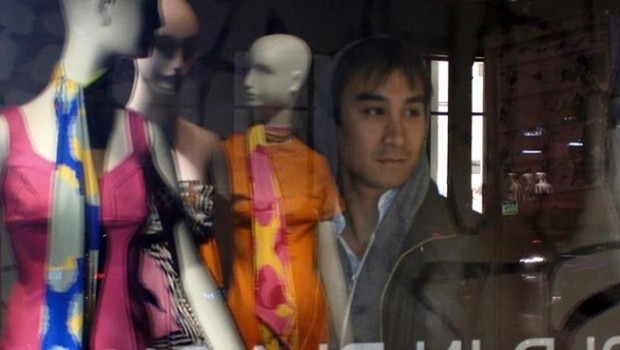 Dressed, distributed by One Rock Moving Pictures, is an honest appraisal of the fashion industry as told through the eyes of a young would be designer named Nary Manivong.

Nary, who wants to design his own brand of clothing, struggles to have his Spring line of clothing ready to show during Fashion Week in New York City in 2010. With help from his roommate, Janet Mock, and with almost six thousand dollars he has raised with the help of his friends and by working a second job, Nary attempts to create what top fashion designers create on a $250,000 budget.

Having been homeless, along with his young siblings Mary, Michael, and Pila, from the age of fourteen; and having been abandoned by both of his parents from Laos in Columbus, Ohio , it is a long and arduous struggle for Nary as he seeks fame in industry. Spanning several years in the life of the rising yet struggling artist, Dressed is the compelling story of how one can rise from the bottom of the heap to the top through hard work and perseverance in the United States of America.

Top names in the industry such as Nanette Lepore, Ralph Lauren, Tommy Hilfiger, Anna Wintour, and Tom Ford are fleetingly featured and discussed throughout this documentary. Their philosophy, which is reinforced by fashion editors and writers such as Mickey Boardman from Paper Magazine, Fern Mallis from IMG Fashion and Lynn Yeager from The Village Voice , is that anyone can design clothes to wear in a fashion show; but to meet monthly deadlines with buyers sometimes requesting as many as five thousand items which must fit the requesting business’ cliental (Sax Fifth Avenue) requires a much more thorough understanding of the ins and the outs of the fashion industry. This point, in Dressed, is reinforced over and over again.

Dressed, which runs 79 minutes, was not only brilliantly directed and edited by David Swajeski, but it was also beautifully written. The music arranged by Musical Director,  Chris Orazi, interestingly blends with the script to create and to complete this moving documentary about the world of fashion. The photography, in Dressed, by cinematographer Floyd Dean, is also quite good. Additionally, the use of subtitles to tell, especially, Nary Manivong’s success story, which is rooted in his past, enhances the appeal of Dressed. On a scale of from one to ten, I give to Dressed,  and to all those who follow their dreams no matter what the odds, a solid ten.

About the Author: Cleo Brown  lives in Manhattan and has a Master’s Degree in Contemporary African-American History from The University of California at Davis and has done work on a Ph.D. in education at The University of San Francisco. She has published several poetry books and is featured in Who’s Who in Poetry

To Soar Like An Eagle: a film review of Sunshine Superman →

A Free-Marke​t Solution To The Affordable Housing Crisis →