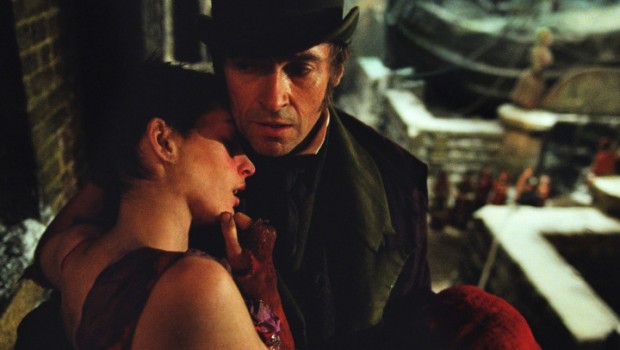 Alexis Neal, an attorney in the Washington, D.C., area writes this wonderful review of  Tom Hooper’s  latest adaptation of  “Les Misérables,” staring Hugh Jackman, Russell Crowe and Anne Hathaway. In her latest review for Patheos (a website providing information about various religions) the writer  focuses on  the religious influences in the film.  The film will sweep the Oscars.

After years of imprisonment and hard labor, one-time thief Jean Valjean is finally released from prison, only to discover that, for an ex-con life on the outside is harder than he expected. When the Bishop of Digne unexpectedly takes pity on him, Valjean promptly repays the Bishop’s kindness by making off with all the silver he can carry. Valjean is apprehended by the authorities, of course, but the Bishop insists that the silver was a gift, gives Valjean the rest of the silver as well, and admonishes him to use these gifts to build a better life. Which is precisely what Valjean does—breaking his parole, yes, but ultimately prospering and doing good. He even adopts the orphaned daughter of an impoverished prostitute. But leaving his old life behind proves difficult, as the dogged Inspector Javert is determined to catch the missing parolee. Events come to a climax in Paris some years later, as Valjean’s adopted daughter—now grown—falls in love with a young revolutionary and Javert finally closes in on his quarry.

The story is fairly well known—whether you read the classic novel in high school, watched one of the many film or television adaptations, saw a live performance of the musical, or, like me, just listened compulsively to the soundtrack. Now, for the first time, movie audiences have the opportunity to experience the moving musical score on the big screen—and with a killer cast that more than lives up to the excellent material. 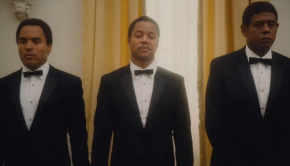 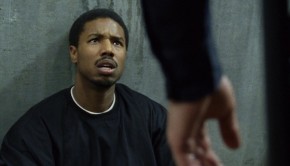