Five takeaways from the Benghazi hearings

LOS ANGELES, May 9, 2013 — Foreign Service officers Gregory Hicks, former deputy chief of mission in Libya; Eric Nordstrom, former regional security officer for the State Department; and Mark Thompson, the deputy coordinator for operations at the State Department’s Bureau of Counter Terrorism testified yesterday before the House Oversight and Government Reform Committee. These “whistleblowers” wanted to go on the record about the September 11, 2012 attack on the U.S. Consulate in Benghazi that resulted in the deaths of Ambassador J. Christopher Stevens, security officer Sean Smith, and Navy Seals Glen Doherty and Tyrone Woods.

Oversight chairman Darrell Issa opened the hearing by saying its goals were to get answers, learn lessons, and hold accountable those responsible for Libya in the hope that it would never happen again. Here are the five key takeaways from the more than five hours of testimony by the three whistleblowers. 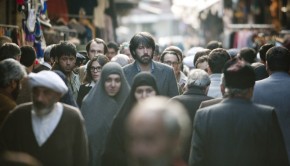 Is Benghazi the President’s ‘Argo’ →