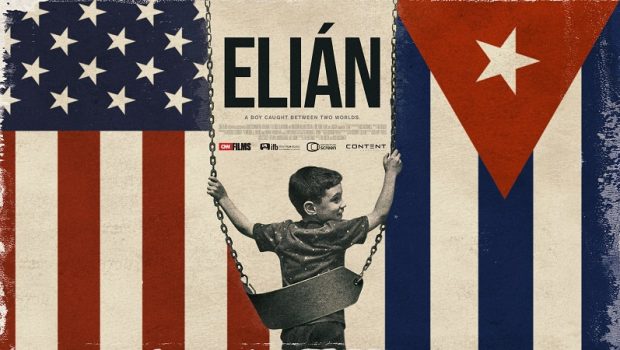 Film Review: Was Elián Ever Free

ELIAN will premier on CNN/U.S. And CNN en Espanol on Thursday, August 24th at 9:00PM with limited commercial interruptions

In 1999, five year old Elian Gonzalez was rescued from the sea trying to immigrate from Cuba to the United States with his mother. Having lost his mother who died at sea, Elian was placed in the home of his cousin, Marisleysis for safekeeping. What insured was a nasty custody battle between Elian’s father (who still resided in Cuba) and Marisleysis who wanted the child to remain with her in Miami, Florida.

Becoming a political football, with Communist Cuban dictator Fidel Castro as quarterback insisting on the boy’s return to Cuba and his father and the American Attorney General , Janet Reno siding with the rights of the father to parent his child; in the eleventh hour The National Guard stormed into Marisleysis ‘ home taking Elian at gunpoint!

In addition to reviving the custody issue between Elian’s father and Marisleysis; or between Cuba and the United States, the ruthless tactics of Janet Reno in both Waco, Texas and in Miami, Florida are relived and reviewed signaling the political demise of those associated with the Clinton administration due to Reno’s handling of the situation. (Incidentally, there’s a rather interesting clip of Donald Trump announcing his intention to someday run for President.)

Although this documentary is a little overlong and a bit tedious, it remains remarkable in its ability to retell the 1999 story of Elian Gonzales then and now. ELIAN will premier on CNN/U.S. And CNN en Espanol on Thursday, August 24th at 9:00PM with limited commercial interruptions. The two hour documentary will encore on Friday, August 25th at 12:00AM, and will air again on Saturday, August 26th at 10:00pm and Sunday, August 27th at 2:00AM on CNN/U.S.. ELIAN will also live stream for subscribers via CNNgo on August 24th