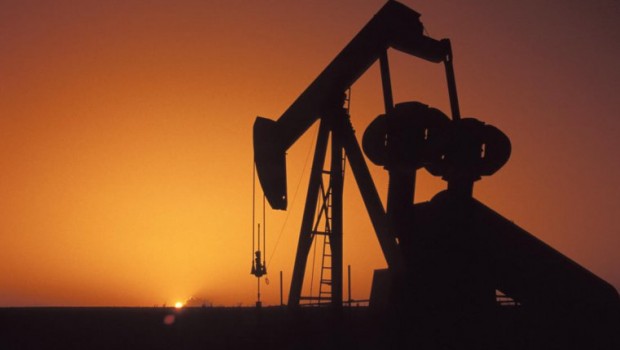 Ever since the first drop of oil came gushing out of Drake’s Well (Pennsylvania) in 1859, oil has been a feared, mysterious and revered commodity. However over the next 150 years, Americans have gone from being inquisitive towards oil, to revering it, to hating it, to loathing it. Yet even with the catastrophes of Exxon Valdes, the Gulf Oil Spill, and countless other PR black-eyes, “Big Oil’ is still perpetuating success. The question is how?

Exxon Mobil provides a terrific example of how a corporation can influence and manipulate the consumer decision-making process. Just last week, “exactly one year after Apple previously surpassed Exxon on its road to most valuable U.S. company of all-time” (Russolillo, 2013) Exxon retook the crown, albeit for a day. When you think about the popularity of their products and praise that Apple gets as a company/employer, it is somewhat bewildering that the dirty giant that is Exxon can rival them. However we should not be surprised, as success and utility are in Exxon’s DNA.

To understand this, we must rewind to 1911. Standard Oil was the most impressive of all of the monopolies that Presidents Theodore Roosevelt and William Howard Taft pursued. These monopolies burst onto the scene at a time when there were horrible inefficiencies in the fledgling U.S. industrial age. In fact, the inefficiencies were so troublesome that would have set us back decades, if not worse, if the magnates of the time did not consolidate and innovate.

Eventually, due to the massive wealth and political connections, these men began to wield power that rivaled that of the highest office in the land. Teddy Roosevelt, being a proud, bull of a man would have none of it. That set the stage for what became an embittered battle of government versus industry. History now reveals that the emergence of an amazingly strong and popular leader coupled with the public’s awareness of the plight of the common worker allowed for the dissolution of J.P. Morgan’s U.S. Steel and John D. Rockefeller’s Standard Oil.

Staying with Rockefeller’s Standard Oil, this breakup cased the emergence or more than thirty new companies, amongst the names of the new landscape were Jersey Standard, Standard Oil Company of New York, Standard Oil of Indiana, and Standard Oil of California. Now one may not recognize these names; however after some reorganization, they are respectively became known as Exxon, Mobil, Amoco, and Chevron (Economist, 1999). The world of Oil & Gas as we know it emerged from one singular behemoth a little over 100 years ago.

Given the dark cloud, or more appropriately “dark geyser”, that has dogged perception of oil and gas since the 1800s, we should not be surprised that these companies continue to be shrewd marketers. This aptitude for adaptation reflects the simple understanding of “survival of the fittest”.  In Exxon’s case, its ability to nimbly maneuver after catastrophe is due to its understanding that it produces something that is as essential to everyday life as air and water.

It is for this reason that a few sly moves, such as a greased palm, funding anti-global warming research, or a name change to disassociate it with a calamity areseen as effective ways to tailor perception. Deep down the public knows companies such as Exxon are needed, the risk they are willing to take and the value they bring to the world. Is there a dark side to the Exxon and other similar companies? Of course, it is a business that faces certain realities and must continue to operate regardless of perception; however it functions better with positive perception. Thus the tactical maneuvering, the welcoming gas stations, the massive contributions towards education, the commercials speaking to development of cleaner burning and renewable fuels, etc. all serve to be very effective and positive propaganda tools.

While “Big Oil” does carry the negative stigma in terms of wanting consumers to remain dependent on fossil fuels, they will also likely play a leading role in the renewable energy movement, as they have the depth of research and diversified portfolios to sustain the development during the initial, inefficient phases. Unlike many “green” companies that have recently failed, they can sustain research and development costs without relying on government subsidies (i.e. Solyndra and A123 Systems). Environmentalists and left-leaning politicians fail to see that these companies will develop new technologies, largely because of their desire to survive and remain profitable in an ever dynamic market place. Remember, Standard Oil started out as a kerosene company; however once electricity rivaled and replaced it as a way to light the world, they transitioned into a company producing fuel for heating homes and powering vehicles.

The truth of how the public views “Big Oil” can be summed up by reading deeper and associating Exxon to one of the classic quotes of American Cinema:

Son, we live in a world that has walls, and those walls have to be guarded by men with guns. Who’s gonna do it? You? You Lt. Weinberg? I have a greater responsibility than you could possibly fathom. You weep for Santiago, and you curse the Marines. You have that luxury. You have the luxury of not knowing what I know. That Santiago’s death, while tragic, probably saved lives. And my existence, while grotesque and incomprehensible to you, saves lives. You don’t want the truth because deep down in places you don’t talk about at parties, you want me on that wall, you need me on that wall.

Col. Nathan Jessep from A Few Good Men in many ways represents Standard Oil, or Exxon Mobil, or British Petroleum. We do not necessarily like them or understand them. When things get ugly and their dark side rears its ugly head, we may hate them and propose legislation to stop them. However, deep down, we know the reality: we need them on that wall.

ABOUT THE AUTHOR: Erol Senel started out as a student of history but has been plying his trade in the world of finance and personal investing. Through this real world experience, he has found his true professional passion in economics and financial history. His mission is to provide readers with easy to understand, topical and informative articles with the hope of allowing many to make more informed decisions while partaking in civics and life. 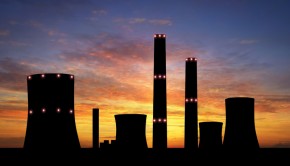