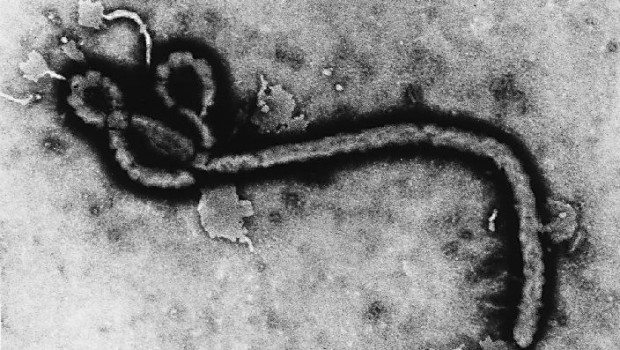 The Ebola virus can spread through the air from pigs to macaques, a new study suggests.

Transmission of the virus — which causes an often fatal hemorrhagic fever in people and primates — was thought to require direct contact with body fluids from an infected animal or person. But in the new study, published online November 15 in Scientific Reports, piglets infected with Ebola passed the virus to macaques housed in the same room even though the animals never touched.

“The evidence that the virus got from a pig to a monkey through a respiratory route is good,” says Glenn Marsh, a molecular virologist at the Commonwealth Scientific and Industrial Research Organization’s Animal Health Laboratory in Geelong, Australia. Marsh was not involved in the new study but has investigated Ebola and other viruses in pigs.

Although pigs transmitted Ebola in the laboratory, there is still no evidence that anyone has been sickened from contact with infected pigs in Africa, where the virus occurs naturally, or that the virus passes through the air under normal conditions, says study coauthor Gary Kobinger, an infectious disease researcher at the University of Manitoba in Winnipeg, Canada. “It’s definitely not an efficient route of transmission.”

Only 13 of the more than 2,200 human cases of Ebola documented since the virus was discovered in 1976 cannot be traced to direct contact with an infected person, animal or body fluid, he notes. If Ebola were able to spread easily through the air, many more cases might result.

Deadly MERS virus turns up in US for first time →