Fellow Leaguer Tod Kelly wrote a post a few days about his doubts that the GOP would change from what some see as a self-destructive path. I have to say that I have come to agree that the party isn’t going to change after a few losses. Many a moderate or independent hopes the party will lose big in some election that would scare the party to relevance. Think a political version of “scared straight.”

I don’t think this will happen, but it isn’t simply because of the so-called crazies. No, its the same moderates and independents who are constantly wringing their hands that don’t care enough to do anything about it.

As someone who has been involved in GOP circles for a decade or so, I’ve seen my share of fellow travelers who are upset at the current direction of the party. The whine and moan, but seldom do they ever get involved in party politics to change things. When the party loses big in a presidential election, they quietly hope that this time the party leaders will get it right and the party will be steered in less strident path. It’s a hope that outside forces will magically bring the party back from the brink.

A few years ago, I wrote a post with the insightful title, “Why Moderate Republicans Suck.” The thrust of the article is that if there is to be change in the party, it will come from activists who are willing to roll up their sleeves and do the hard work of forging a more moderate conservatism.

Here’s a bit of what I wrote:

The missing story is the lack of a credible counter-movement within the GOP, a movement for change. When one talks of Moderate Republicans, we talk of basically a loose group of individuals who are basically on their own. For example, take Senator Arlen Specter, who until recently was a moderate Republican. After he voted for the stimulus package, he recieved a fair amount of protests from Republican groups.

The image in the media was of a lone Republican Senator against a phalanx of hard right groups. In the end, Specter decided to leave.

This image has been seen again and again. A lone, moderate Republican legislator is attacked, not by a collection of cranks, but by organized groups that have the money and more importantly, the people to take down those who are not pure.

The lesson here is simple, the hard right is a movement. There are groups of like-minded individuals that come together and are able to force change in the party. A single person realizes they are part of a larger movement and that gives them the strength to march forward.

On the other side, moderates are at best a collection of individuals. We tend to feel lost and alone and don’t feel a connection to anything greater than us. Because we are isolated, we don’t feel as empowered and tend to give up easily.

I would also add that the more moderate members in the party are good compromisers, but terrible in coming up with a competing vision of what the Republicans party should do and be in the 21st century. The Tea Party’s views might seem ridiculous, strange and downright scary at times, but they at least have ideas. Crazy ideas, yes, but ideas nevertheless.

Everyone knows that Todd Akin, Christine O’Donnell and Sharron Angle were not good candidates. What a lot of people don’t seem to recognize is that their opponents, even though they looked like they would perform better based on on-paper attributes, were even worse candidates. How do I know this? They lost to Todd Akin, Christine O’Donnell and Sharron Angle. I’m serious. Think about that for a minute.

Now, I come from the more moderate end of the GOP, and cut my teeth as a blogger as an advocate for moderate Republicans. A lot of people in that part of the party will be inclined to respond to this criticism by saying, “no, they weren’t worse candidates, it’s just that the party is so extreme that more moderate/mainstream candidates can’t win over the base.”

And it pains me to say it, but this is simply not true, and I’m going to throw out several names to prove it to you: Mark Kirk. Kelly Ayotte. Carly Fiorina. Dan Coats.

Kirk, Ayotte and Coats not only beat primary opponents widely considered to be more conservative than them, they also won in the general. Fiorina (for whom I consulted—full disclosure) won decisively in the primary besting an opponent generally regarded as more conservative than her (and for the record, California Republicans are more like Kansas Republicans than New York City Republicans). While ultimately losing in blue California, Fiorina lost by a lesser margin than did gubernatorial candidate Meg Whitman. She also beat the registration gap between Democrats and Republicans.

Now, not all of these people started off running campaigns that might be described as A+ (side note: In my experience, most campaigns suffer road bumps and hiccups on a fairly phenomenal scale for the first 2-8 weeks, anyway).

However, they did not assume they would coast to a victory and they took the job of campaigning very seriously.

That means they hired good staff (not just whoever was already familiar to them or in their entourage or who that one guy who won big 10 year ago used, or some big name consultants who talked a good game but didn’t have a record of putting points on the board).

Sarah Steelman, one of Akin’s opponents, basically failed to raise any money, making it hard for her to beat Akin on the day (one dreads to think how she would have stood up to Claire McCaskill, who wasn’t exactly running the world’s cheapest, crappest campaign).

Mike Castle, who I would have infinitely preferred Delaware Republicans nominate, just couldn’t fathom that his party would nominate someone as nutty as Christine O’Donnell (lesson #1 in life: Never assume, because when you do, you make an “ass” out of “u” and “me.”) He also spent time campaigning at, say, art fairs—probably a very good thing to do in the general, but probably not that helpful in a Republican primary. (Note: Castle did turn things around in the final weeks of the campaign, though by then it was too late; so he does deserve some credit for his efforts.)

If estranged Republicans really want to see change, then it’s time to get busy. There needs to be candidates that can articulate new ideas, connect with the base (and not always assume they are all nutjobs) and well, actually give a damn about the party they claim to want to be a part of.

But if none of that happens, if we are left with the Ted Cruzes of the world, then we will have a party that will continue on the path it has set because it’s the only game in GOP town and frankly because no one was willing to take the time to actually stand up and offer something different.

About the Author: Dennis Sanders is a pastor living in Minneapolis, Minnesota. He has worked on centrist Republican issues for years, including stints as President of the Minnesota chapter of Log Cabin Republicans (a gay/lesbian advocacy group) and Republicans for Environmental Protection. He is the Publisher of the centrist Republican blog Big Tent Revue . 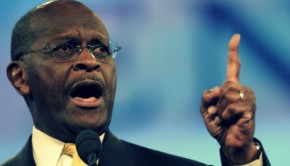 How to be a Successful Black Republican/Conservative → 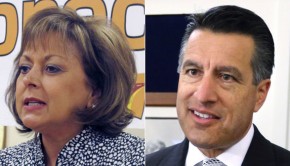