In 1955, when Martin Luther King Jnr led the Montgomery Bus boycott, there were only five Black millionaires in the United States. There are now 35,000.

Dennis Kimbro has done a great service for those aspiring to similar heights in his latest book The Wealth Choice. These pages aren’t just for black Americans but anyone interested in sustaining the values for wealth creation and carving a path to prosperity. 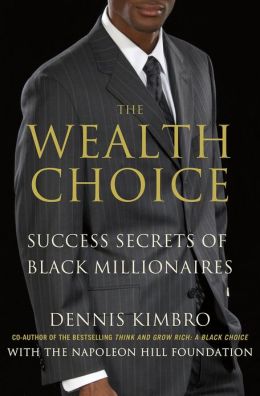 Based on a seven year study of 1,000 of the wealthiest African Americans, The Wealth Choice offers a trove of sound and surprising advice about climbing the economic ladder,

In his years interviewing and profiling black millionaires Kimbro purposely avoided the ultra-rich – entertainers like Oprah and Jay-Z. Black Americans, he feels, need to emulate the everyday successes built away from the spotlight. And the economic stats on Black America suggest there hasn’t been a more crucial time to promote the message of wealth creation:

Early in the book Kimbro emphasises that wealth isn’t about cold hard cash or mindless materialism. ‘Wealth and abundance are not measured in terms of possessions and money,’ he writes, ‘but in relationships, values, knowledge, and action; in what we do, not what we know.’

These are things that can obviously grow in the absence of money. ‘I was wealthy when I was dead broke,’ as one of Kimbro’s respondents said. ‘I knew what I wanted to do, and I knew I’d do it. It was only a matter of time.’

The importance of finding a passion is central to wealth. 70 percent of his respondents, for example, agreed with this adage: ‘Do what you love and the money will follow.’

And decent financial habits – prudent spending, limited extravagance and so forth – aren’t a part time gig but central to the millionaires Kimbro surveyed. ‘They don’t implement wealth-generating habits only when they feel the need to do so; rather, they habitually live in a state of wealth.’

When asked to list the keys to their success, millionaires rank hard work first, followed by education.

Education doesn’t always consist of certificates or testamurs but means constantly growing and absorbing information. In fact, as Kimbro said in one interview, many millionaires only began their education once they finished university. This reminded me of Stephen Fry’s witty underscore that an education is what you get in the time between classrooms and tutorials.

Ideally, The Wealth Choice should be absorbed with some more practical financial tips, especially if you’re a young person. For example, when turning the pages I was reminded of Ramit Sethi’s advice, which promotes automating your savings and focusing on big wins rather than financially eeking your way through life.

Regardless, The Wealth Choice is a good philosophical building block and a recommended read for anyone. 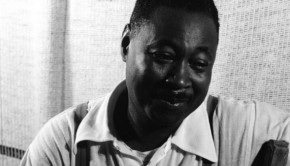