Deadly MERS virus turns up in US for first time

A deadly virus from the Middle East that causes severe acute respiratory illness has turned up in Indiana in the first known case in the United States. The man fell ill after arriving in the U.S. about a week ago from Saudi Arabia, where he is a health care worker.

The virus — known as MERS, short for Middle East respiratory syndrome — first surfaced two years ago. Since then, the World Health Organization has confirmed 262 cases in 12 countries; 93 of those people died. And there are an additional 100 unconfirmed cases, Assistant Surgeon General Anne Schuchat, who is also the director of the National Center for Immunization and Respiratory Diseases, said at a Friday news conference. 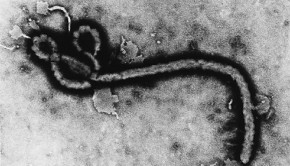