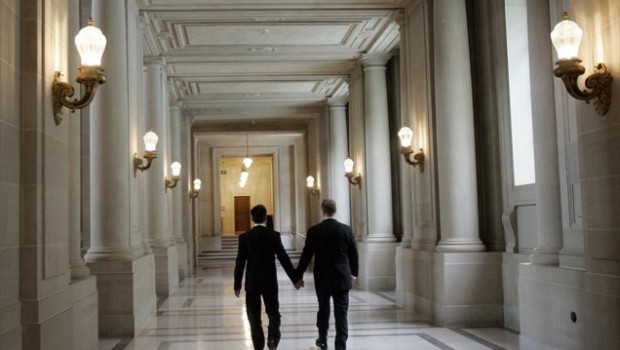 “The dogmas of the quiet past are inadequate to the stormy present. The occasion is piled high with difficulty, and we must rise with the occasion. As our case is new, so we must think anew and act anew. We must disenthrall ourselves, and then we shall save our country.” –Abraham Lincoln

Long ago, in a world where Andrew Sullivan was still hauntingly conservative, there were supporters of gay Americans who disdained the push for gay marriage. On the one hand, scions of wilted flower power thought the institution as irredeemably alien to the gay identity as a Whole Foods Market in a quaint Southern town. On the other hand, some liberal activists thought it a distraction from more pressing concerns such as bullying, antidiscrimination policy, poverty, health care, and a broader fight for “social justice”.

Now, gay marriage supporters have swept four electoral contests, and the Supreme Court of the United States agreed to hear cases in which gay marriage proponents have been so far undefeated. It seems history has accelerated into overdrive.

What should we make of all this?

For his part, Sullivan wrestles with the overriding conviction that gay marriage is right and SCOTUS should acknowledge it thus against the persistently cautious impulse that judicial overreach might undercut the triumph of a cause to which he and others have dedicated decades of their lives. I’m inclined to agree with Sullivan (pause a minute: you won’t see those words very often) and Jonathan Rauch in hoping and expecting that the High Court will narrowly affirm the California ruling and strike down all or part of the Defense of Marriage Act without finding (or denying) a broad national right to gay marriage. But whatever my opinion, a broad ruling that nationalizes gay marriage is not unthinkable. In any case, recognition of gay marriage will expand in coming years, and we should contemplate (political) life beyond today’s vanishing opposition.

Before anybody cries, “judicial activism,” let’s acknowledge something critical. Some ebb and flow notwithstanding, the tide will never return this ship to port in any generation. It took three decades—longer than most of my generation has existed—after Loving v. Virginia before a majority of all Americans supported interracial marriage. Without any comparable ruling from on high, and despite much public opposition, majority support for gay marriage has come in about half the time. If my peers grow—as I hope—rightward as they age, it will manifest in their endearingly nagging interest in their gay friends’ settling down in loving, committed families. So even if the final ruling is broad, any backlash that emerges will be fleeting. There will never be a marriage amendment, but there may be many policy fights and elections lost—with nothing gained in return—should enough Republicans insist on beating a decomposed horse.

Whatever path the Supreme Court takes, the challenge to conservatives is to figure how to proactively incorporate the evolving consensus into our wholesome, freedom-in-values-minded vision for America. We appeal to small business owners without dismissing workers through free markets, responsible regulation, and pro-growth governance. We appeal to parents without ignoring the childless by emphasizing digital-age education, efficient public policy, and reasonable taxes. We appeal to lower-income voters without alienating the middle class (or vice versa) in demonstrating the necessity of a self-undermining safety net and an economic climate conducive to jobs. We can appeal to a gay-friendly young and multicultural America without rejecting traditionalists through an inclusive focus on family values that has long defined the conservative ethos.

The time of the politics of “anti” is past. Heretofore, the GOP has been caricatured and dismissed as anti-immigrant, anti-gay, anti-black, anti-women, anti-science, anti-environment, anti-intellectual, and uniquely extreme. That many conservatives find this characterization unfair is beside the point. Many people we need to win over tend to think this way, however much we protest. So we must address and defeat the cartoon villain ascribed to us before we can substantively expand our coalition. Today, gay and straight Americans increasingly associate opposition to gay marriage—and by extension, conservatism—with the distasteful animus of James Dobson rather than the gay-affirming reticence of David Blankenhorn. Whatever the courts, voters, or various lawmakers do—or don’t do—in the next couple years, it is incumbent upon those invested in the success of conservatism to disentangle from this flaming mess.

If various elements of the Republican Party are not yet willing to overcome all reservations to gay marriage, then present some semblance of a position that can be defended in modern America. At a bare minimum, promote humane laws—e.g. automatic inheritance, hospital visitation, antidiscrimination protections, partner benefits, and joint-filing—that enhance communal stability while definitively affirming the dignity of gay unions. Along the way, it will be worth remembering that what we allow in the law—from divorce to contraception to alcohol to rooting against the Southeastern Conference—need not accord with what we expect from the pulpit.

We live in an America where a Marine officer proposing to his boyfriend in the White House—to national applause—is the new normal. This couple should be right at home in the Republican Party of tomorrow, if we are willing to lay down the welcome mat and invite our patriots into the big tent.

Are we willing and able, conservatives?

About the Author:  Anthony “Rek” LeCounte has been keenly engaged in politics and philosophy ever since the 2000 election invented “Red” and “Blue” states while reminding everyone that courts can change the world. He is a native Floridian who currently resides in Virginia and takes pride in being an informed swing-state voter. An Army brat and avid learner, he has lived, traveled, and studied throughout the United States, Europe, and Brazil, and his fascination with diversity of thought and perspective is matched only by his love of writing. Rek graduated from Yale with a degree in Political Science and expects any future husband to love politics and college football at least half as much as he does. He blogs about conservative policy, principles, and political philosophy at Token Dissonance. Tweet him @RekLeCounte 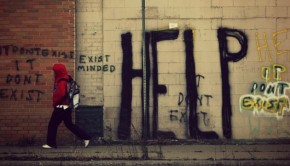 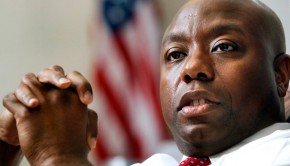 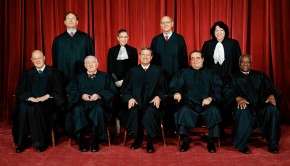