Indiana is set to dump the Common Core standards, after a proposal passed the Senate Wednesday by a 35-13 vote. The proposal now goes to Republican Gov. Mike Pence for approval. This move, writes NWI Times reporter Dan Carden, was motivated by “fears the federal government seeks to control local schools.”

Many conservatives are concerned the federal government might use Common Core to enforce a specific set of educational principles or guidelines on teachers and children. This is perhaps the most pervasive concern regarding the standards. 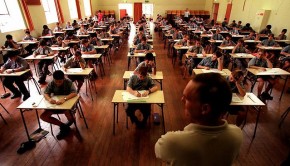