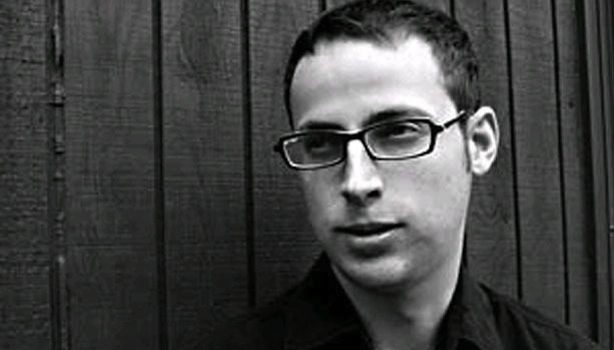 Even in this enlightened age it can be tough to be a nerd.  Conservative pundits derided the dweeby Nate Silver in the weeks leading up to the election for his insistence on reading poll numbers instead of tea leaves.  For predicting an Obama victory in the face of obvious ideological evidence in Romney’s favor they questioned his intelligence, accused him of bias, and even called him a girly man.

There are lessons in the story of Nate Silver that could help Republicans recover their mojo.  Silver’s success against a posse of partisan hacks is a reminder of the price to be paid for deriding the “reality-based community.”  Conservatives need to bring themselves back into alignment with the world outside the echo chamber. We need to do it soon.  Very soon.

Nate Silver is a quant who made a living perfecting a Moneyball-style analytic system for baseball scouts.  He made a name for himself in the 2008 election by bringing a similar mathematical rigor to political polling, publishing his results in his blog called fivethirtyeight.com.  He correctly predicted the outcome of that Presidential election in 49 of 50 states and all 38 Senate races.

The New York Times bought his blog in 2010.  Silver began predicting the outcome of the 2012 race back in June.  Throughout the summer and fall he reasoned that demographics and electoral geography heavily favored Obama and his projected odds for Obama’s re-election never dropped below 60%.  By Election Day he placed Obama’s odds of winning at more than 9-1.  This attracted some anger.

The polar opposite of Nate Silver is random blogger Dean Chambers who, thanks to a tweet by Rick Perry, became a 15-minute darling of the far-right and a poster-child for Republican delusions.  Chambers “unskewed” ominous polling numbers.  He removed their “liberal bias” by re-jiggering the Democrat/Republican sampling to reflect the “real” balance in the far-right imaginary universe.  His “methodology” showed Romney consistently leading.

The abject stupidity of Chambers’ work did not stop him from becoming a favorite of the Drudgereport, Fox News, and the rest of the far right echo chamber.  Once you’ve taught yourself to take Herman Cain and Michele Bachmann seriously how hard is it to disregard math?

Where Silver was cautious and careful to explain the ways his methodology could go wrong, Chambers was absolutely confident.  When you find yourself arguing with Galileo you should reconsider your position.  Or you could just insult him.

Two weeks before the election Chambers used the high perch of his Examiner blog to push Nate Silver into his rhetorical locker and stomp on his lunch.  In a post titled, “The far left turns to Nate Silver for wisdom on the polls,” he described Nate Silver thusly:

Nate Silver is a man of very small stature, a thin and effeminate man with a soft-sounding voice that sounds almost exactly like the “Mr. New Castrati” voice used by Rush Limbaugh on his program.

In other words, no one need worry about predictions from a queery little geek armed only with math.  Anybody with a good solid pair knows that momentum and a square jaw will carry the day.

Chambers projected a Romney landslide victory.  He was joined by such towering intellectual figures as Rush Limbaugh, Newt Gingrich, Dick Morris, and most of the rest of the far right mediascape.

Then, you know…that other thing happened.  Silver went 50 for 50 on election night.

Now Chambers will go back to being some random blogger, which is not such a bad fate.  It serves your humble author well enough.  Silver, on the other hand, saw his book sales rise 800%.  There is some justice in the universe.

Martin Luther King once said that the arc of the moral universe is long, but it bends toward justice.  Likewise, the arc of political opinion can also be long, but it bends ruthlessly toward truth.  Close yourself up in a bubble of lies and paranoia and you may win a mid-term election here and there, but in the long run you will see your influence dwindle.

Nate Silver’s lesson is that the echo chamber may sustain us for a time, but the real world will eventually intrude on any ideological fantasies we construct.  So, please; pretty please, can we stop “unskewing” everything we don’t like? Let’s have the courage to question ourselves honestly and build a party that can realize its potential for the country.  Heed the nerd.

Chris Ladd – is a Texan who is now living in the Chicago area. He has served for several years as a Republican Precinct Committeeman in DuPage County, IL, and was active in state and local Republican campaigns in Texas for many years. 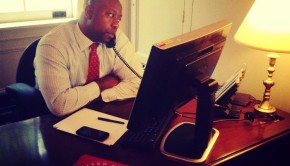 Fear of a Black Republican: A Film Review →