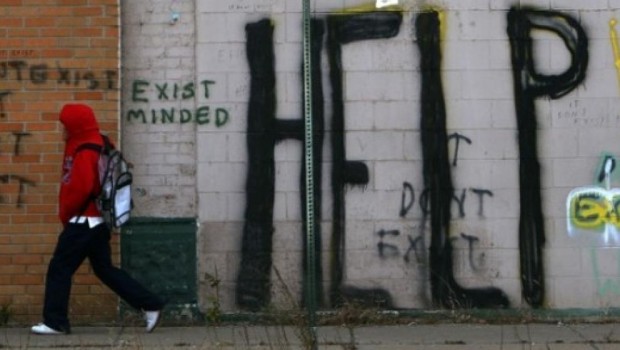 Jeb Bush was recently pilloried for his characterization of the relationship between African-Americans and the Democratic Party. As insulting as his statement was, what’s worse is the lost opportunity it represents.

“Our message is one of hope and aspiration. It isn’t one of division and get in line and we’ll take care of you with free stuff. Our message is one that is uplifting — that says you can achieve earned success.”

His explanation of black politics echoes the age-old racist trope that black voters are looking for “handouts.” Democrats, by that reasoning, are buying votes with welfare while Republicans are appealing to good, honest people who want to stand on their own two feet.

This is yet another example of an opportunity lost by ignorance and racism. Bush lurched past a prime opportunity to set fire to the Democratic coalition. Democrats do in fact use welfare and other critical social safety net programs as leverage to manipulate black voters. It just doesn’t work the way white racists imagine.

A history of systemic looting, which hasn’t entirely ended, has left many black communities with almost none of the financial or political capital required to begin a climb. For many of the worst affected communities, access to social welfare services are the starting point for survival, the first critical step before anyone can begin to consider advancement. Democrats did not create that circumstance with social welfare programs, but they exploit it for political advantage. That reality is critical to understanding what is really happening in America’s Democratic-controlled cities.

People want to get welfare like they want to get chemotherapy or an abortion or a good lawyer. Republicans’ ignorance and occasional racism leaves us completely blind to the way Democrats exploit this situation. We are unable to connect to the very real frustrations of black voters trapped in the gears of the Democratic urban machine. That frustration is on full display in Chicago, but few if any Republicans have noticed.

Deep behind the Blue Wall, Democrats who hold a super-majority in the Illinois State Assembly were recently handed a shock. A Republican Governor had been elected in Illinois on his promise to clean up the state’s quagmire of union-driven public corruption. He vetoed a bill designed to further insulate public sector unions from any pressure to moderate their salary and pension demands. Democrats’ effort to override the Governor’s veto failed when three Democrats refused to support it.

One of those Democrats was Ken Dunkin, a black legislator from the South Side of Chicago. In order to pressure Dunkin to cooperate on the veto override, House leadership tied the bill to a vote on state funded child care services. Details are complex, but in essence Democrats in the Legislature used the state’s day care program for low-income families as a hostage to ensure black legislators’ support for the union bill. Dunkin resisted the pressure and low income residents in his community are suffering the consequences imposed by the Democratic leadership.

Think back for a moment to Jeb Bush’s comments on “free stuff.” Imagine how powerful his statement might have been if he understood the pressures Rep. Dunkin faced. That day care program is not “free stuff.” For black parents struggling to find their first rung on the economic ladder, access to child care is a crucial component in their rise. People who aren’t working or going to school do not have a pressing need for child care. This is just one example of that ways that black advancement is sacrificed by Democrats to protect interests they truly respect.

For those who still buy the 19th century rhetoric on the role of unions, this conflict might sound confusing. After all, strong unions are supposed to be a force for economic progress for the underprivileged. They may have served that role once, but that’s not what’s happening today.

Dunkin’s resistance to the union bill reflects certain realities of life inside the Democratic coalition that few Republicans understand. There is probably no major public institution in American life more stubbornly, unapologetically racist than trade unions. And although public employee unions have, by contrast, been fairly helpful to their many African-American members, those same unions treat the black communities they disproportionately serve as an occupied territory to be exploited. Most of the power Democrats reap from a loyal black constituency is used in ways that undermine black political and economic interests. Republicans for the most part neither see nor care.

Much progress was made in desegregating trade unions in the sixties and seventies. However, as blacks became increasingly trapped by the Democratic machine, their leverage to drive reforms in the party’s most powerful institutions declined. Big city trade unions are the Dixie of the North and they dictate Democratic politics.

An example from Philadelphia tells a familiar story. In 2011 Philadelphia’s black Democratic Mayor Michael Nutter challenged trade unions there to begin hiring black workers. Unions doing work in the majority-minority city were almost universally white. For decades they have successfully resisted desegregation by quietly defeating the efforts of young black apprentices to move up through the ranks. As public money pours into their coffers for job programs and new projects, black residents are systematically excluded from any benefit.

Nutter insisted that he would block new contracts with the unions until hiring changes were implemented. The mayor was forced to back down under the cover of a negotiated settlement. In fact, almost everything Nutter managed to achieve for the public in his term as mayor of Philadelphia had to be clawed from the hands of union bosses.

A similar scenario is playing out in Chicago, shedding light on the more complex relationship between black communities and unions representing government workers. Public employee unions have been more open than trade unions to black participation. In fact, government jobs have been a key force in moving black workers into the middle class.

Unfortunately, the same forces that fostered job security have also undermined black access to effective public services. The extraordinary power of public employee unions has left their members immune from accountability. Those unions employ a lot of black members, but they also wield enormous political power over black communities.

Thanks to those unions, it is next-to-impossible to remove poorly performing teachers, abusive cops, or corrupt bureaucrats. Mayor Emanuel has been engaged in a low-grade war with unions to open up more black employment and improve public schools. Those unions exist to serve their members, not the public. For minority communities struggling to advance economically and politically, public employee unions take away with the left hand what they give with the right. In the Democratic Party, the fruits of black political activism belong to labor unions. African-American communities get whatever is left over.

It is no accident that the most visible and egregious examples of police brutality in recent years have emerged from Democratic strongholds like Baltimore, New York, Chicago and even Ferguson, Missouri. It is no accident that school districts in Democratic-dominated areas are burdened with needless expenses and poor teachers who cannot be fired. Black Lives Matter, but in the Democratic Party the union always wins.

A Republican could throw a devastating wrench into this machine by asking one simple question: “Why are Democrats allowing trade unions to engage in systematic racial discrimination?” We have been unable to present Democrats with this dilemma for a couple of frustrating reasons.

First, Republicans have no idea that any of this nonsense is occurring. We are so utterly disengaged from urban and minority constituencies that we lack the most basic awareness of the issues that shape their lives. Unfortunately, that isn’t the only problem.

Thanks to the Dixiefication of the Republican Party, we operate under a tacit agreement that we will never acknowledge the existence of racism under any circumstances. Calling out the Democrats on the racism that drives their union politics means admitting that racism exists. If racism exists, then we might have to answer some awkward questions about Voter ID, police brutality, the Voting Rights Act, gun regulation, affirmative action, and a whole range of other subjects that many Republicans would prefer to ignore.

The “free stuff” or “plantation” talking points so common among Republicans are insulting perversions of a very dark reality. Democrats do in fact exploit the economic vulnerabilities of minority communities, leveraging their political support to better serve the interests of the party’s white voters. With a modicum of humility and willingness to wrestle honestly with our own racial liabilities, Republicans could offer black voters a potent alternative. If we ever develop a genuine interest in minority concerns, we will find doors open to us that we never imagined.

Chris Ladd is a Texan in exile. After growing up in Beaumont and working for more than a decade in Houston, he moved to suburban Chicago, where he is a Republican precinct committeeman. He has a day job that he loves in the software industry. In his free time he has written for David Frum’s blog, the Washington Times Communities, the Houston Chronicle, and the Huffington Post. Back in Texas he interned at the Legislature, worked on numerous state and local Republican campaigns, and volunteered for a statewide PAC. Chris graduated from Beaumont’s Central High, earned a degree from Southwestern University in Georgetown, Texas (the Harvard of Williamson County) and received his JD from the University of Houston.