Centralized Policing Is the Wrong Solution

Let’s take it for granted that you live in a world where cops can stop you (or worse) for a wide range of petty behaviors, where the culture of law enforcement has been infected with the idea that the police are domestic soldiers, and where federal programs are providing even the most local agencies with arsenals. Which would you rather live under, a small-town police force or a big-city police force?

The conventional wisdom right now is that you’re better off with the bigger department. After the Michael Brown shooting in Ferguson, Missouri, and the government’sheavy-handed response to the protests that followed, a wave of stories have suggested that the root problem with policing in the St. Louis region is the area’s patchwork pattern of local governments. There are 90 municipalities in St. Louis County, plus the City of St. Louis next door; there is a jumble of school districts, fire districts, and other local authorities whose jurisdictions do not precisely match the municipal boundaries; there are hundreds of street associations that serve as purely private “governments” owned and run by their residents.BusinessWeek called this fragmented landscape “a key factor in the tense race relations that contributed to the riots and, perhaps, the shooting itself.” The New York Timespublished an op-ed that claimed consolidating local governments would “empower the black citizens of Ferguson,” carefully eliding the fact that such a change would transform Ferguson’s blacks from an electoral majority to a minority. “For Anything to Change, Missouri Should Consolidate St. Louis,” The Atlantic echoed. The most extreme version of the idea appeared in The Washington Post in late November, when a Los Angeles cop published a piece arguing that the country’s local police forces should be replaced by statewide agencies. 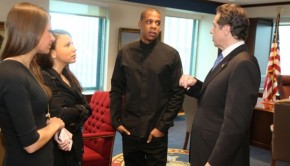